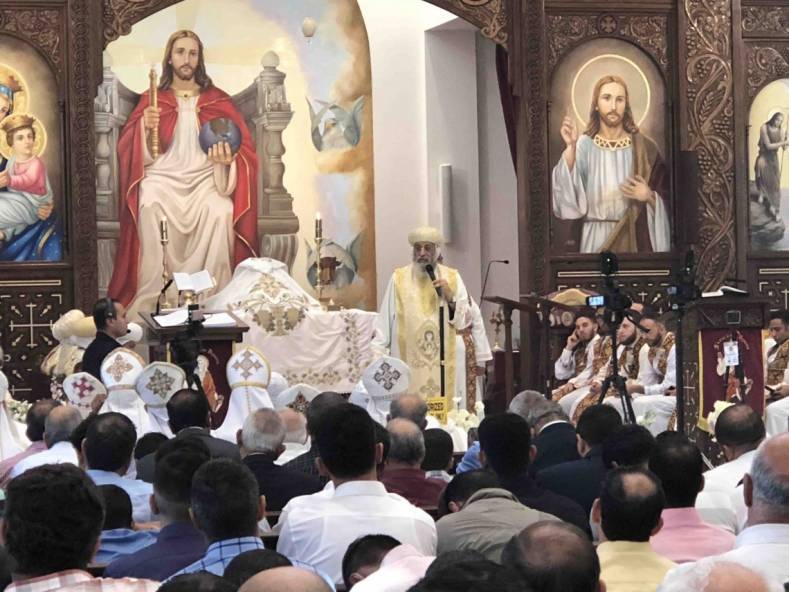 The system now supports 42 inputs and multiple floor pockets to allow the church staff to move their microphones as needed.

“The church has multiple altars for different parts of their worship service and a group of singing deacons,” Garner said. “We needed 42 inputs and multiple floor pockets because they constantly move their microphones. But the church told me, ‘We don’t want a mixer out there.’ So, we had to innovate to meet their needs.” 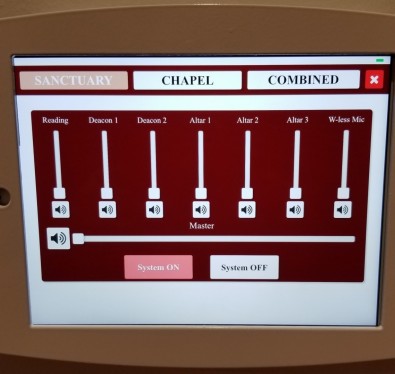 CSI teamed up with Aurora Multimedia of Morganville, New Jersey to create St. Verena’s touchscreen control system. The user interface (GUI) is an Apple iPad operating in kiosk mode and mounted on the wall in an alcove. An Aurora Multimedia QXP-2 acts as intermediary feeding a custom control screen to the iPad and communicating with the church’s dLive DM48 MixRack via MIDI. A Microsoft Surface Pro computer, installed in the equipment rack, runs Allen & Heath’s dLive Director software allowing full control of the dLive for setup, commissioning and any needed system changes or updates.

Garner used dLive scenes and DCAs to make it possible for the church to operate their sanctuary system, chapel system or both from the same screen.

“When they move a mic from one altar to another, they never have to change anything on the mixer. It is a really neat system and it has been working flawlessly,” he said.

The Coptic Orthodox Pope visited St. Verena for its opening and complimented the church on their “robust and good” audio system.