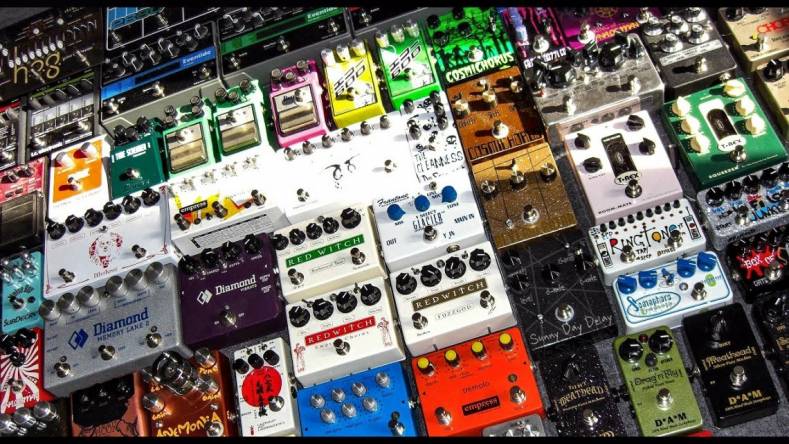 Small, powerful computers have created a category of microphones and amplifiers that emulate the sound of vintage equipment, including classic tube and solid-state designs. Today, with this new gear, it is much easier and cheaper for any vocalist or instrumentalist to create a totally unique sound of their own. 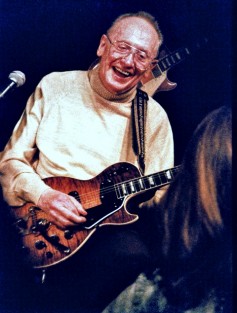 Back in the 1990s, Les Paul told me a story about how his mother had mistaken him for another artist on a 1930’s radio concert broadcast with Judy Garland. When he told her it wasn’t him performing, she gave her son some sage advice: “If I can't differentiate my own son from other guitar players, you need to do something that will make yourself unique.” With that, Les Paul proceeded to invent sound-on-sound recording in order to create a unique sound for himself.

Much has happened in sound recording since those early days, but one fundamental remains true. Successful artists of all types must create a unique sound of their own. That covers the range of recordings — including voiceovers, singers and instrumentalists. A major trend makes this easier than ever before. Made possible by powerful computing technology, audio modeling has come of age in both amplifiers and microphones.

The oldest is amplifier modeling — the process of emulating a physical amplifier. It accelerated with guitar amplifiers being sought to recreate the sound of iconic vintage amps used to make hits during the 1960s music explosion. Since then, guitar amplification has had a long and winding history.

One of the first guitar amps was invented by Les Paul. In the 1920s, he was playing an acoustic guitar at a drive-in restaurant in Wisconsin, fighting to be heard over the noise of automobiles. He attached a telephone pick-up to his guitar and then used a car radio for amplification. His tips for the night went up and he instantly knew he was on to something.

Soon after guitar amps hit the market. In 1928, Stromberg-Voisinet was the first company to sell an electric stringed instrument and amplifier package. The earliest amplifiers had no tone controls. In the 1950s, guitarists like Elmore James, Chuck Berry and Link Wray experimented with producing distortion by deliberately overdriving amplifiers. Distortion became more popular from the mid-1960s, when The Kinks guitarist Dave Davies produced distortion effects by connecting the already distorted output of one amplifier into the input of another.

Later, most guitar amps were provided with preamplifier distortion controls. Fuzz boxes came on the scene to manipulate guitar sound. Now overdrive and distortion has become an integral part of many styles of electric guitar playing.

As musical styles progressed, popular artists used specific amps, designed for their unique sound. The Beatles used Vox AC30s, Jimi Hendrix the Plexis and many bass players the Ampeg SVT. In the mid-1990s, Line 6 released the AxSys 212 modeling combo guitar amplifier. It changed guitar playing forever. Guitarists could show up at gigs with every tone and all the effects they needed built right into the amplifier. 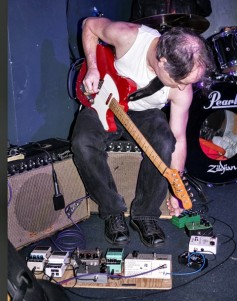 This amplifier modelling concept can be accomplished with either analog or digital circuitry, or combinations of both. Digital amplifier modelling may appear as software or part of a standalone computing device or amplifier. It can be applied after the fact through plug-ins in DAWS. Some analog modelling circuits have digitally-controlled interfaces. The analog signal paths within such units often use DSP circuitry or are re-routed and reconfigured with aid of digital switching circuitry.

As in most issues involving pro audio, there is an ongoing debate over how accurately a modeller can recreate the sound of a vintage amplifier. Most modellers include a variety of effects apart from the amp emulations and some can be connected via USB for computer-based recording. Analog modelling systems still exist, using filters and diode clipper waveshapers, which emulates the over-drive characteristics of older tube designs.

Over time, simple circuits of mimicking a certain attribute have evolved to become more and more complex in order to provide a more sophisticated emulation result. Some combine digital modelling with actual vacuum tube amplification. What is known is modelling has improved radically in recent years, as have DAW plug-ins.

Today, microprocessor technology allows the use of effects in guitar amps to create numerous sounds and tones that simulate the sound of a range of tube amplifiers and different sized speaker cabinets, all using the same amplifier and speaker. These can be programmed with simulated characteristic tones of different existing amplifier models and speaker cabinets — even microphone type or placement. They can be dialled in to the user's taste. 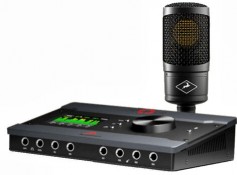 From the modelling of amplifiers, comes a series of new microphone modelling platforms. Several competing companies have been successful in the past five years emulating the sound of classic mics using a neutral-sounding microphone with computer software modelling the sound characteristics. These popular mics can be used for anything — from voices to musical instruments. Some models allow eight channels of microphones to be processed and run back through DAW inserts. These mics often require no processing at all.

These systems are sold as having one or more mics that can be operated like a vintage studio locker. For example, an instrument mic can be modelled after a classic ribbon or dynamic in front of a guitar amp. A vocal mic can be set up to sound like a vintage U67 model on vocals. It is all done from selecting from a range of virtual mics on a computer display. Even the polar patterns of these mics can be selected in software. The concept is remarkably powerful and bound to improve. 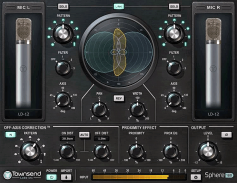 This emulation, however, can only mimic the classic mics. It cannot be totally accurate. The sound may be fine to new ears, but it is not identical to the original mics. A studio mic cannot sound exactly like a U87 condenser or SM57 dynamic at the touch of a dial. These classic mics operate in different ways. The emulation may sound very good, but no amount of processing can make them sound exactly alike. That would defy physics.

That said, mic and amplifier modelers are great tools to get close approximations of very expensive vintage equipment. Just don’t expect them to be identical. All modeling is designed to help the user create a unique sound. Perhaps some modeled mic or amp may sound better than a vintage one. If you find it, use it.

Classic sounds are nice, but the goal should not be to emulate, but to create something new. That’s the way these powerful new tools should be considered. Think of them as opening the door to experimentation.