The push for integrating NextGen TV receiver chips into popular mobile devices picks up momentum at the 2019 NAB Show.

As Senator Gordon Smith, CEO of the National Association of Broadcasters, delivered his opening remarks at the 2019 NAB Show, he surprised many by holding up a mobile phone fixed with an ATSC 3.0 adapter and called attention to a largely unknown chip technology that enables reception of live, over-the-air TV and radio broadcasts. Smith elaborated, “While this attachment is great, what we would really like to see is a chip built right into the phone to give consumers this technology…But to date manufacturers, Apple being one of them, refuse to enable broadcast chips in their devices. It begs the question: Why?”

Smith said that consumers would welcome new local programming without using mobile minutes, as well as access to safety and emergency services. Then he chided Apple and other big tech firms for using their powerful market position to limit consumer choice and stifle free market competition. This was a moment to remember, when the idea of putting broadcast receiver chips into mobile devices was elevated from merely a broadcaster’s wish to a national conversation.

Later at another NAB event, organized by Pearl TV, came the dramatic news that the top 40 US TV markets would have implementation of ATSC 3.0 by the end of next year. At that event, FCC Commissioner Brendan Carr spoke on the benefits to safety and emergency services that would be possible if broadcast signals could be received on mobile devices. Said Carr, “These new [ATSC 3.0] features aren’t just exciting for their entertainment value. They also have the potential to vastly improve public safety—whether it’s geo-targeted and encrypted information sent directly to first responders, or multimedia AMBER alerts to provide the public with more accurate and complete information.”

Commissioner Carr gave an example, “…many fire stations still receive notices through analog means, like paging, and their queues can get overwhelmed during emergencies. Broadcasters are already working with fire stations to see how ATSC 3.0 can reduce the time it takes to notify fire departments without sacrificing the security and resiliency of analog networks.”

At a third NAB event, Parag Naik, co-founder and CEO of Saankhya Labs, the Indian company that is creating the mobile chip, spoke at a press event sponsored by Sinclair Broadcast Group. Naik elaborated on the technology his company is developing. The chips do far more than display live ATSC 3.0 signals, they can do this for television and radio standards around the world without operator adjustment. The chip is so smart it can determine which broadcast standard signals are in its reception area and automatically adjust to receive the appropriate one. In addition, the chip can be programmed remotely on the fly. If a TV standard needs updating, software updates can be deployed wirelessly across a network.

The ability to adapt to any international broadcast signal makes this chip consistent with how mobile devices are marketed in the world today. Typically, device makers build for a global market.

Senator Smith’s keynote speech, Commissioner Carr’s comments, and Parag Naik’s technical explanation all happened early in the convention. However, momentum about “chips in phones” and chips in all kinds of mobile devices carried throughout the Show and into the press coverage that has continued. Since then, industry experts have been debating when this might happen.

Mark Aitken, President of Sinclair’s ONE Media group, said that while he is disappointed with the initial telecom response, he expects a better result once a critical mass of ATSC 3.0 broadcast stations have been deployed. With recent announcements such as "WMYD and WDIV TV Plan First Next-Gen TV Broadcasting in Detroit", and stations reported for 3.0 service in 2020 (69 stations covering 71.4% of US population), critical mass seems to be rushing forward.

Another cue can be taken from the work of the European division of McKinsey & Company. Many European countries went through their broadcast repack years ago and are further than the US in implementing 5G. Most are realizing that full 5G implementation is far more costly than projected. They are finding that 'network sharing' with their telecom competitors, as well as other bandwidth providers such as cable companies and broadcasters, is key for long-term profitability. Chips in phones and support of ATSC 3.0 in mobile devices can be part of a network sharing strategy.

Because of this realization, there are test programs blending broadcast and telecom spectrum. The “5G Today” initiative in Germany is testing use of tall broadcast towers in an SFN configuration to make 5G distribution more efficient and profitable. Similarly, in Korea, SK Telecom has initiated working relationships with most major Korean broadcast stations and several telecom competitors, as well as a Joint Venture with US-based Sinclair Broadcast Group aimed at 3.0 commercialization.

Ultimately, it may be economic pressure and the unique distribution properties of ‘low band spectrum’ (the TV Band) that motivates telecoms to build ATSC 3.0 chips and capabilities into their phones and mobile devices. When that day finally comes, remember Senator Smith’s keynote address at NAB 2019. That's where it started. 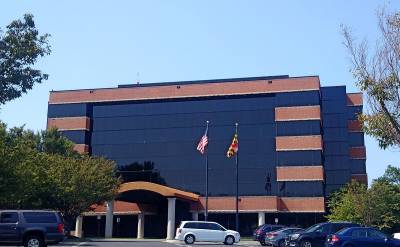 Gee whiz, there’s a lot of ignorance in this article. Does Sen. Smith know that watching tv on your phone doesn’t use up “mobile minutes”? Does he also know that the phone manufacturers spend a ton of money establishing what their customers want, and if customers wanted radios or TVs, vendors would be all over it? Does he realize that phones already provide hitherto unimaginable access to emergency and safety services? Let’s see how that ‘national conversation’ goes.

Commissioner Carr continued the nonsense with an example of out-of-date firehall systems without a citation of a real problem. If there were one, there are already many technologies available to solve the problem, we don’t need a new wheel here. He also falsely suggested that ATSC3 could somehow provide “more accurate and complete information”, whatever that means. Perhaps his phone is limited to old-school numeric keyboard SMS. In any case, we have coast-to-coast Amber alerting to handheld devices that is rolled out, and works well.

Mr Aitken was disappointed by the “initial Telecom response”, not realizing that telecoms no longer drive the handset, it’s
been the other way around for a decade. He should share his 1990s mobile minutes with Sen. Smith.

Finally, the mis-representation of the 5G story is beyond funny, how ATSC3 will help that technology. The outcome of the xG vs. broadcaster race was set long ago, we’re just watching the trainwreck in slow motion. With DVBT-2, they have a superior (to ATSC3) transport already, but they see the future, hence exploring 5G.

I get that broadcasters have a strong and long-toothed business model to maintain and grow, but sticking to yesterday’s technologies and business models in hopes of keeping-on rather than figuring out how to leverage the modern world is a non-starter. ATSC M/H was a wonderful example of missing the entire point - technologically, business and audience-wise. ATSC3 seems to be chasing all sorts of applications that it can fill in willingly-conscious ignorance of how those things are done in the world today. Rather than finding unique value propositions, it’s become a bucket for second-tier ways to do top-tier things that are common to everyone today.

More and more, ATSC3 is just looking like hardware-centric old men’s visions of the future in the full context of their era. I will be sorry to see such a rich and storied industry dry up and blow away simply because of its being dug into technological and commercial foxholes waiting to see what comes over the hill next. I have news guys (almost exclusively guys) - they are armed, there are lots more of them than you, and winter’s coming.

The closing line made me smile sadly. I hope there are other reasons for Sen. Smith’s keynote to be remembered, ATSC3 chips in phones won’t be it.