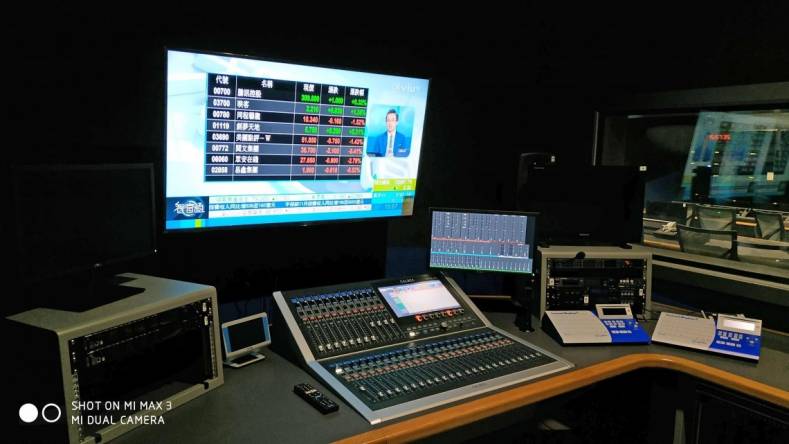 A new Calrec Brio sits in ViuTV’s Studio 2 and is used to produce a variety of local talk shows.

ViuTV, free-to-air broadcaster in Hong Kong, is migrating its audio facilities to audio over IP environments with the installation of an Artemis Light console, a Brio12, a Brio36 and AoIP interfaces; all supplied by Calrec Audio.

ViuTV produces a range of entertainment shows and is especially known for its small-scale live performances and talk shows.

The Calrec Artemis Light console is housed in Studio 1, which is used for general entertainment content as well game shows and live performances. The Brio36 is being used for talk shows in Studio 2 with the Brio12 in Studio 1 acting as a backup. MADI and Dante networking are used extensively by the broadcaster; the former for intercom connectivity and the latter for connection to a live PA mixing console, for multi-track recording and wireless mike connections.