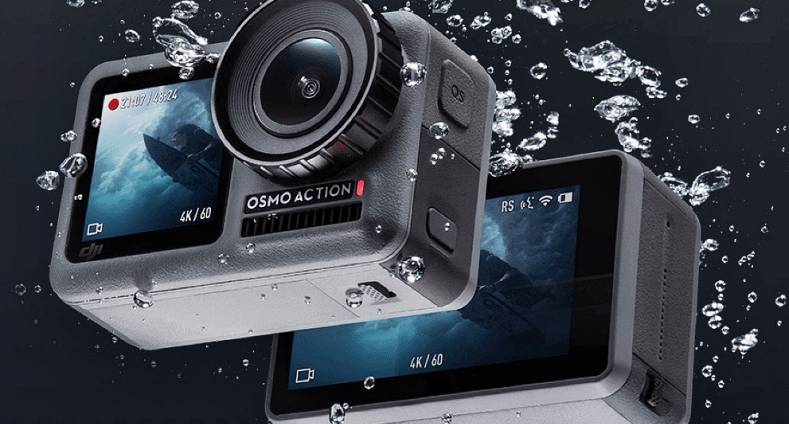 DJI said the 1/2.3-inch sensor records 12-megapixel photos and 4K video up to 60fps at 100Mbps. A three-glass aspherical lens design records low-distortion content and aids in reducing warping effects for improved scenes. The lens cap is finished with two layers of anti-fingerprint coating to keep the shot clean during use, as well as an anti-reflective coating to reduce the unwanted effects of lens glare. This gives users more flexibility to shoot in bright conditions. 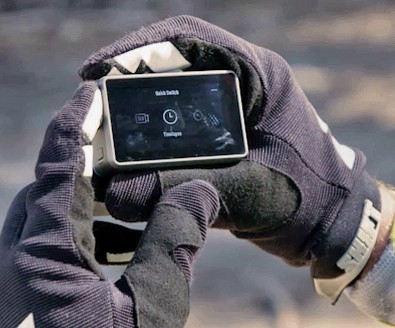 DJI said the Osmo Action is dustproof, shockproof, waterproof and has the ability to operate in sub-freezing temperatures. The camera has color screens on both the front and back and a design feature that allows for more convenient scene composition while on the move. The 2.25-inch rear touchscreen employs a water- and fingerprint-repelling coating, and the 1.4-inch front screen makes vlogging easier. With a brightness of 750 nits, Osmo Action can be used in harsh lighting conditions, including direct sunlight.

Osmo Action's has an interactive user interface, Action OS. Three dedicated buttons are used to power on, initiate recording and rotate through the video and photo capture modes. A SnapShot feature allows the Osmo Action to turn on and begin recording in under two seconds by pressing the shutter button once.

The camera can withstand drops to five feet and operates at a depth of 36 feet under water without a housing. It can withstand temperatures of 14 degrees F. 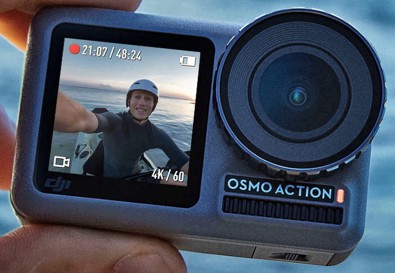 Osmo Action retails for $349 and will start shipping immediately.