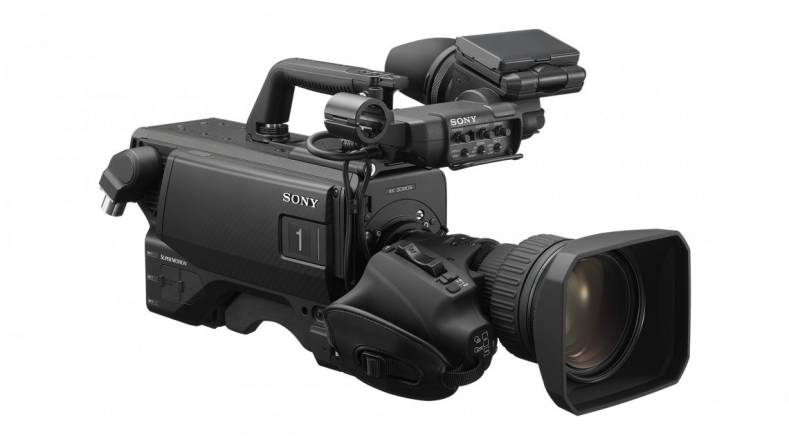 These days many of the most popular television shows are moving to highly impressive LED displays as the backdrop to their captivating sets. While this is resonating with TV audiences, pushing ratings higher, it has caused concern among those production companies that use CMOS-based cameras.

The problem is that these LED sets make it difficult to synchronize the camera to the displays. Users have experienced unwanted artifacts like “flash banding” and strobing.

To address this and other emerging issues with high-end 4K production, Sony has developed a new three-CMOS camera system with global shutter for its new HDC-5500 camera. These 2/3-inch sensors also make it compatible with the large installment of existing broadcast lenses in the marketplace —an important consideration for buyers.

“LED lighting has been a nasty surprise for those moving from CCD cameras to CMOS,” said Rob Willox, Director of product marketing in the media solutions division at Sony. “CCD camera didn't have any issue, but depending upon the generation of CMOS, it has been a problem. And it can be a real challenge to tune all of the lights in a studio.” 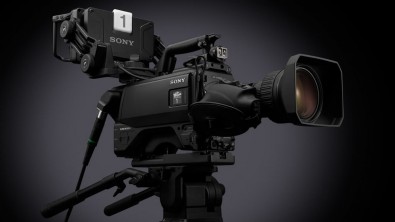 The HDC-5500 is designed to address the increasingly common use of large LED displays on set.

This camera addresses those issue better than any CMOS camera before it,” Willox said. “Producers will appreciate its ability to reduce moiré patterns and better handle strobing light effects.”

The HDC-5500 also offers high sensitivity and signal-to-noise ratio, as well as wide dynamic range capabilities for HDR acquisition, making it one of the first on the market to shoot 4K HDR with three CMOS sensors. Users gain access to shoot in high frame rates (up to 120 fps) via a “portable license” that can be transferred among cameras in a company’s fleet as needed. Yearly license keys are activated and deactivated through Sony’s cloud servers, and separate licenses will be required for high frame rates and 4K. By installing this optional software, users can achieve a high frame rate up to 4K 2x and HD 8x, resulting in pristine slow-motion effects.

Indeed, the HDC-5500 is the first studio camera in Sony’s lineup that can output—via a 12G-SDI 4K connection—both 4K and 4K HDR without a separate processing unit. (It’s previous generation HDC-4300 required it to be tethered to one.)

“When producing live golf events in 4K, for example, the 5500 gives you 1080p/60 (HD) out of the camera as well as the HDR signal,” Willox said. “That’s a big advantage for live event production.”

The camera also features an IP interfaces that supports the SMPTE ST 2110 and NMOS IS-04/05 (AMWA) standards.

Sony’s-John-Studdert (left) with Pat Sullivan of Game Creek Video announced the purchase of 48 HDC-5500 cameras, the largest studio camera order in the history of Sony in North America.

“A lot of large organizations are looking at IP as their next generation infrastructure,” he said. “Then they can then start looking at centralized equipment and At Home productions, where less staff is required at the venue. This camera needed to output various signals (video, tally, data) in IP to be part of that infrastructure. We’ve also been asked by broadcasters for the ability to extract metadata out of the camera. That capability is included here as well.”

A single fiber cable connects the HDC-5500 and its CCU without the need for a baseband processor unit. Both will begin shipping this month.

The camera was a popular attraction at the recent NAB Show in April, where Sony announced that orders have already been taken for the HDC-5500 from NEP Australia and Game Creek Video (in the U.S.), which has ordered 48 of them to be delivered in phases. The first phase of that order has now been delivered.

Game Creek Video’s President Pat Sullivan took the stage at Sony’s NAB 2019 press conference to state that it was his biggest order for cameras ever. It is the largest studio camera order in the history of Sony in North America, according to John Studdert, VP of the media segment of Sony Imaging Products and Solutions, Americas.