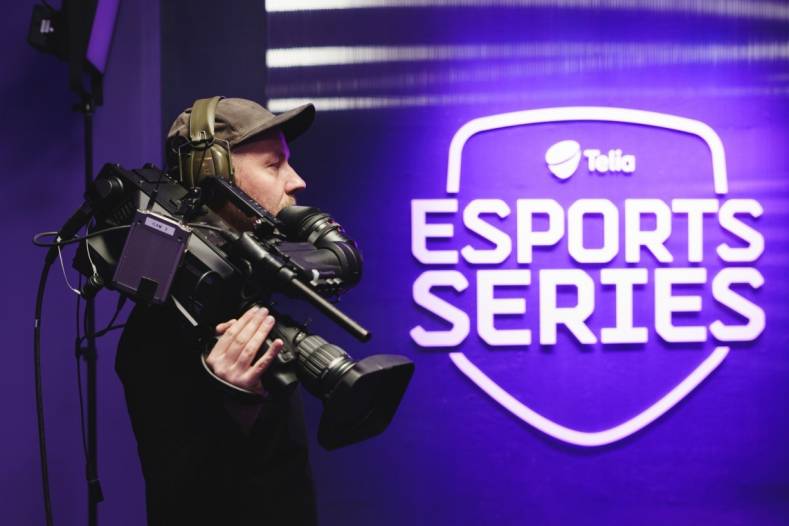 Broadcast Solutions provided Telia with a flexible production environment that enables the maximum use of existing infrastructure.

ESports have become hugely popular in recent years, with tens of millions of spectators watching major international tournaments, while generating hundreds of millions of dollars for its owners.

The Telia Esports Series is not only designed for the players but for the viewers also as the weekly league is broadcasted on the Finnish national television and internationally through the Twitch Channel. Telia will operate the Telia Esports Series together with production company Assembly. The inaugural tournament featured the Counter-Strike: Global Offensive computer game and the Arena of Valor mobile game. The total prize money is € 50,000, and the top eSports teams in Finland will compete in the series.

Recently Broadcast Solutions implemented a state-of-the-art Remote production hub with virtual studio facilities for Streamteam/Telia’s production of the Finnish Ice Hockey. Part of this infrastructure is now in use to produce the Telia Esports Series. This double-use illustrates the flexibility of the hub and the virtual technology implemented by Broadcast Solutions.

The studio and gaming room are located in a production facility 2km away from the Remote Production Hub For the virtual setting.Broadcast Solutions used virtual reality technology by Zero Density plus remodelling and implementing a commercially available virtual set. The studio is mainly used for horse racing programs, switching the studio’s look to the eSports setting takes only 10 seconds plus the time to change the studio table.

During horse racing programs, production in the studio is completed in the 1080i50 HD format whereas the hub and the entire eSports production is done in 1080p50. The remote production system makes this transition from 1080i50 to 1080p50 possible.