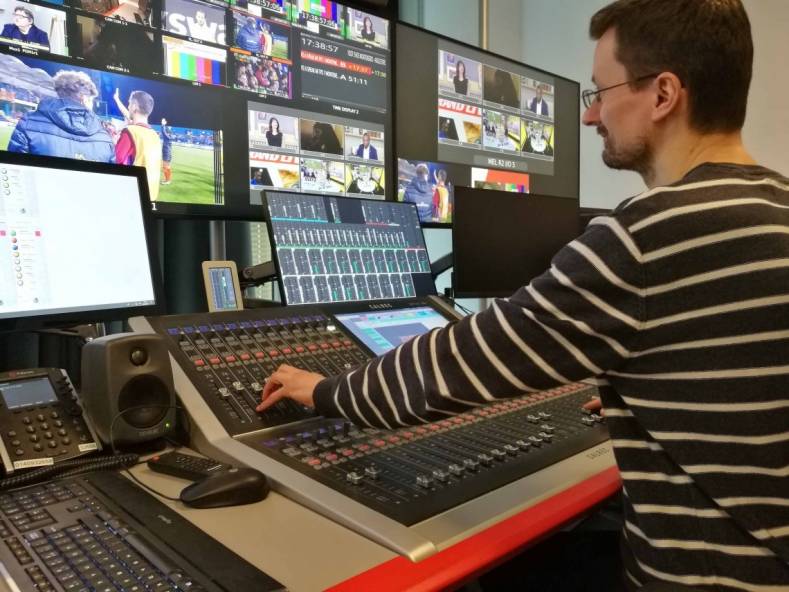 At L’Equipe, the control rooms, commentary booths, intercom system and Calrec consoles are all connected via a Dante network.

Alexis Bougault, Audio Technical Manager at systems’ integrator EuroMedia who oversaw the design and implementation of the project, said L’Equipe is continually growing so it was important to install a console that is modular and therefore easily expandable.

The integration was handled by EuroMedis with assistance from Calrec’s French distributor Audiopole, which also provided training.

The control rooms, commentary booths, intercom system and Calrec consoles are connected via a Dante network. The two consoles are additionally connected via a Calrec Hydra 2 network with a modular rack. The Summa has two Dante cards with one for the Brio, with Hydra 2 allowing shared console resources with up to 512 channels per link.

“The combination of the Summa and Brio36 work perfectly because they use the same software that’s very popular with the L’Equipe team,” said Patrick Vautier, Technical Manager with L’Equipe. “Operators are often called to work in either control room so this is crucial. With features easily accessed via a touch screen, the consoles are intuitive and very refined to use.”