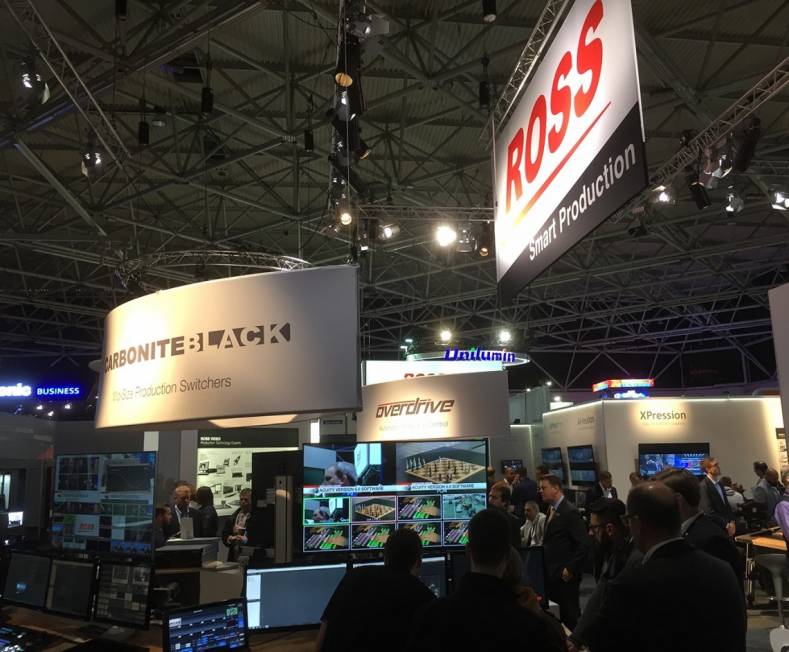 The Ross Video exhibit at the NAB Show 2019 was packed with visitors because they had so many product lines introducing so many new products.

The NAB Show was a great success for Ross Video, with double the number of demo’s booked over last year, and a large roster of product introductions ranging from new ceiling dollies to control systems, so I was especially grateful to Andrew Faulkner, vice president of corporate marketing at Ross Video, for taking time to help me put it into perspective.

“It’s all under our theme of ‘Living Live’, emphasizing live productions with high impact and high efficiency,” Faulkner began, “to help our customers, from broadcasters to HOW, attract their audiences with exciting content.” 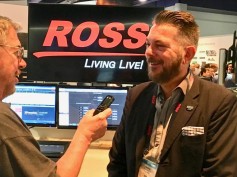 Faulkner began by describing the two acquisitions that had made news for Ross at the show: Portalis, the Utah-based leader in workstation integration systems whose deal was actually locked down just before NAB, and Piero, a sports graphics software specialist from the UK.

“With Portalis we are going to be developing extensive KVM (Keyboard, Video, Mouse) switches,” Faulkner told me, “and the first product to emerge from this is the pro-xi workstation integrator that can connect up to 8 systems natively.”

pro-xi lets you simultaneously monitor and control multiple computer systems, real-time, on one display canvas, using one keyboard and one mouse.

With pro-xi you can reduce overhead by centralizing multiple workstations into a single canvas resulting in fewer control stations, superior use of staff, and better coordination.

pro-xi is scalable and lets operators move the function windows around on the screen to suit their working procedures. Each configuration can be saved for later recall. Looming high over the Ross exhibit was the intriguing Furio SkyDolly, a new ceiling-mounted camera platform capable of carrying a full sized prompter. 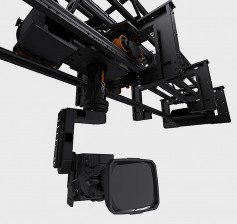 The actual camera cradle of the SkyDolly

Faulkner told me that some broadcasters are using this SkyDolly as their main studio camera mount.

“That way you get some creative beauty shots and also keep the floor free of cables,” he said. “This SkyDolly moves so smoothly that it doesn’t intrude itself into the production.”

Carbonite Ultra 4KUHD is part of a family of Carbonite switchers.

This new model adds native 4KUHD support, enhancing it to 2 full M/E’s plus 2 MiniM/E’s with 18 inputs and 10 outputs in native 12G 4KUHD

Another Ross favorite receiving new capabilities is their Ultrix-FR5 router which has now become the Ultrix 160x with 160 X 160 crosspoint design and 12G connectivity. The Ultrix 160x is available as an upgrade to existing Ultrix-FR5 customers.

Ultrix IP-IO cards introduce IP streams to the Ultrix platform, while maintaining all the features of the HDB-IO cards

“It has been an absolutely amazing NAB for us,” Faulkner wrapped up. “Judging by the number of booth visitors we’ve had, our design philosophy of ‘high impact, high efficiency’ is exceeding all the expectations Ross Video had for this year.