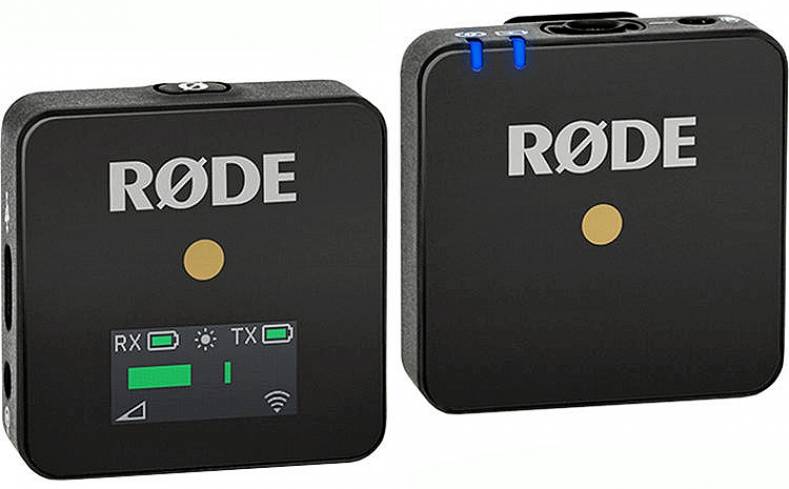 It’s the year of small-sized gear and RØDE may have set some records with its new ultra compact Wireless Go, a 2.4GHz system with a transmitter and receiver weighing only one ounce each.

RØDE bills the new Wireless Go ($199) as a broadcast-quality wireless mic system designed for voice recording on-the-go. It’s aimed at content creators, including journalists, filmmakers and others who need to speak wirelessly.

Previous low-cost wireless models we have reviewed were often little more than toys. The RØDE system, however, is professionally designed, rugged and elegant. It is so tiny it can go anywhere in its small pouch.

The transmitter is an ultra-compact 1.7 x 1.7 x 0.7 inches in size. It acts as either a quick clip-on wireless microphone, thanks to a high-quality built-in omnidirectional condenser capsule, or one of the world’s smallest belt pack transmitters for a lavalier microphone. The microphone is connected via a 3.5mm TRS input. The 50 Hz to 20 kHz frequency range of the internal microphone naturally attenuates sub-bass tones such as rumble and boominess.

The receiver is just as compact with the same dimensions and weight. This means it can mount to a range of camera gimbals and stabilizers. Its dual-purpose mount sits in the camera’s shoe mount, or clips onto a camera strap or item of clothing.

A supplied 3.5mm TRS output cable plugs into a camera’s audio input or, with the relevant RØDE adaptors, into an audio recorder, GoPro camera or Apple iPhone. There is also a three-stage output pad – 0dB, -6dB or -12dB – to tailor the output to the input of any camera or recorder.

The Series III 2.4GHz digital wireless transmission with 128-bit encryption is designed to deliver audio under any conditions, even in locations with dense Wi-Fi and Bluetooth activity. The system has a 229-foot range (line-of-sight), but is optimized for shorter-range operation in congested radio-frequency environments.

The transmitter and receiver both have built-in rechargeable lithium-ion polymer batteries, charged via USB-C. The devices get about seven hours on a full charge, including a battery saver mode. No power adapters are included, but two USB cables are. The batteries can go from empty to full charge in two hours.

For more complex recording applications, up to eight complete systems can be used simultaneously in a single location. Both transmitter and receiver battery levels can be viewed on the receiver's bright, high-contrast display. 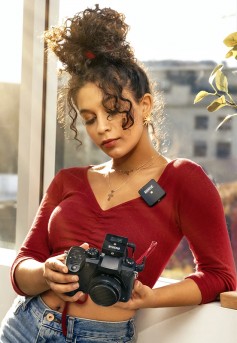 We found the set-up very simple, having only to press the power buttons on the transmitter and receiver for three seconds. The two units then automatically paired. We set the dB switch to the middle position, finding it the best gain level for a couple of audio recorders.

The built-in omnidirectional condenser microphone in the transmitter sounded excellent and provided excellent gain for wearing or clipping to any podium's microphone stand. The built-in mic comes with a pair of snap-on furry windscreens for outdoor use.

For use with an outboard lav, any microphone will work that can be powered by the five-volt plug in power or is self-powered.

A beauty of the new RØDE is it has no menus or dials. The receiver has a bright, uncrowded LCD screen showing only what the user needs to know. This mic defines simplicity and can be successfully operated by virtually anyone. There is zero complexity. It just works.

Like so much gear these days, the size is getting smaller, the price lower and operation is simpler than ever. RØDE’s Wireless Go sets a new high standard for wireless microphones.