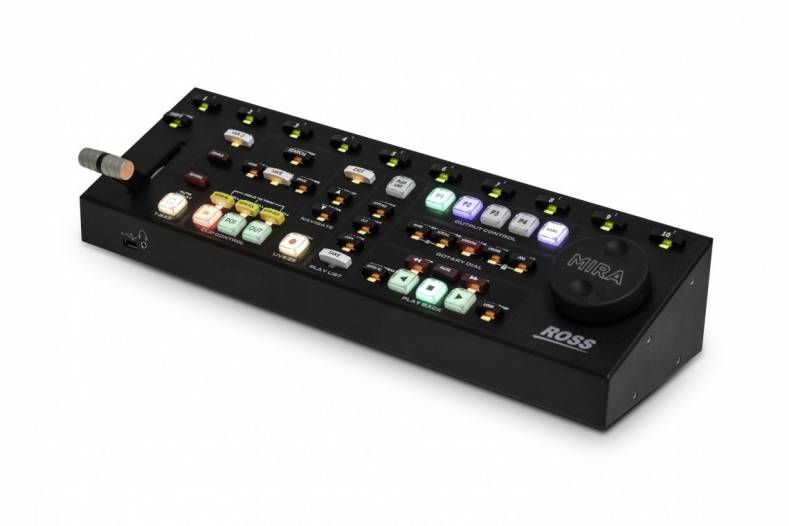 Ross Video’s Mira Replay server has been re-branded Mira+ and fitted with AVC-Intra hardware offered in 6-, 8- and 12-channel models. In addition, Mira+ media storage capacity is increased to 280 hours or 580 hours. The Mira Express replay system remains unchanged, providing the same 4-ingest/2-playout functionality as before. Meanwhile, The Mira Control Surface has a new look that draws inspiration from the Carbonite Black; “same functionality– way cooler look!”

The Tria Video Server has been re-branded to Tria+ and also fitted with AVC-Intra hardware offered in 4-, 8- and 12-channel models. In addition, media storage has been increased to 40-, 80- or a massive 580-hours of capacity. The cheaper Tria Express clip server now supports the AVC-Intra codec, “which is a much better fit for modern, file-based editing workflows.”

Both the premium Mira+ and Tria+ servers have been upgraded with a high-performance motherboard that “vastly improves overall server performance”. The motherboard also adds 10-Gigabit Ethernet connectivity meaning that “mere seconds after live capture, MXF media files from recording inputs can be continuously written to a NAS, with all files accessible by active edit bays.”

Ross has reduced prices “substantially” across the entire range with shipments beginning in June.