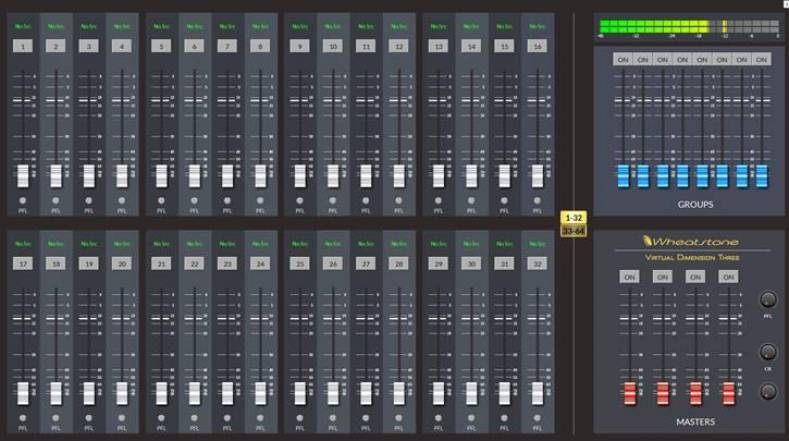 The Virtual Dimension Three comes with a rack-mount mix engine to handle mixing and processing as part of the WheatNet-IP audio network.

Targeting studios with newsroom automation systems, at the 2019 NAB Show Wheatstone is introducing a cloud-based, virtual TV audio console called Virtual Dimension Three that includes 64 available faders that can be displayed on any IP-connected interface screen.