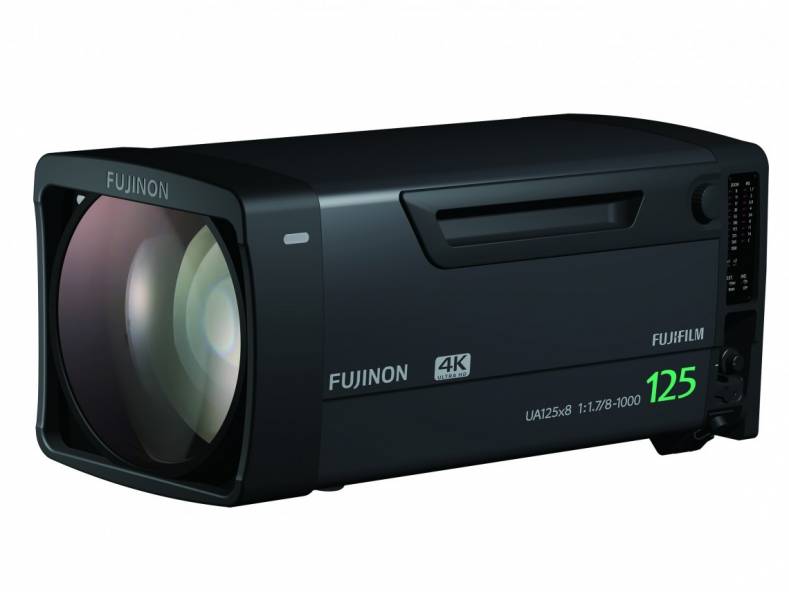 The new UA125x8 features a 125x high magnification zoom, covering a focal length from the wide angle of 8mm~1000mm, with an F1.7 aperture.

At the 2019 NAB Show, the Optical Devices Division of FujiFilm North America (Fujinon) will introduce three new 2/3-inch 4K UHD lenses as new additions to its UA Series. These include the UA125x8 zoom; the UA18x6.7 compact, handheld zoom; and the UA23x7.6 handheld zoom.

The Fujinon UA125x8 features a 125x high magnification zoom, covering a focal length from the wide angle of 8mm~1000mm, with an F1.7 aperture. The UA125x is now the longest and widest 4K lens for Ultra HD applications in the company's UA series of 4K UHD zooms. It includes an aperture F no. of 1.7, virtual reality connections, and 16-bit encoders.