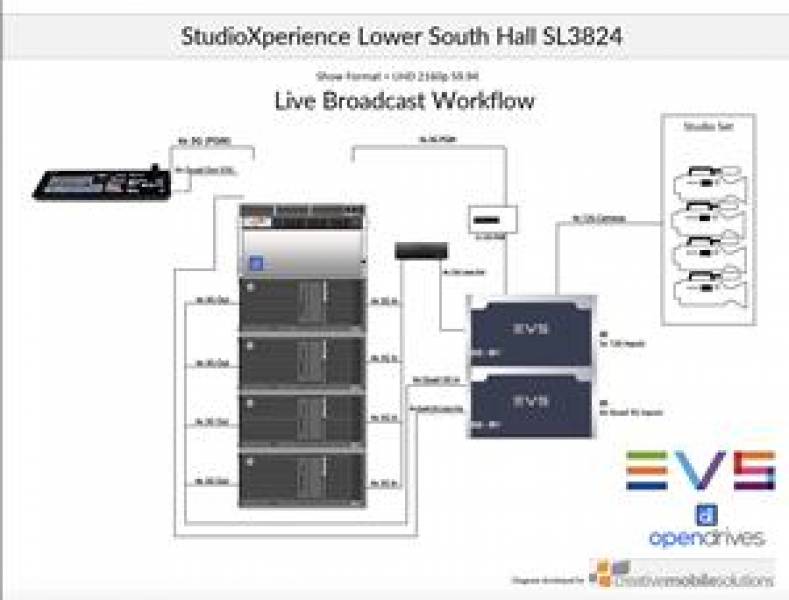 OpenDrives Summit, a hybrid solution employing both a spinning drive for primary storage and an NVMe cache layer, will be showcased as the storage backbone for these live broadcast workflows.

EVS will also be participating in the StudioXperience demo with two XT-VIA live production servers along with IPDirector to manage ingest, control and access to media for post.

“What OpenDrives brings to the workflow are easy-to-set-up NAS solutions with the highest performance in the industry,” said Sean Lee, OpenDrives Product Evangelist. “OpenDrives enables live broadcast production teams to shoot high resolution content and conduct immediate post-production to extend the content online. From camera to final delivery, OpenDrives manages an uncompressed workflow with no issue.”