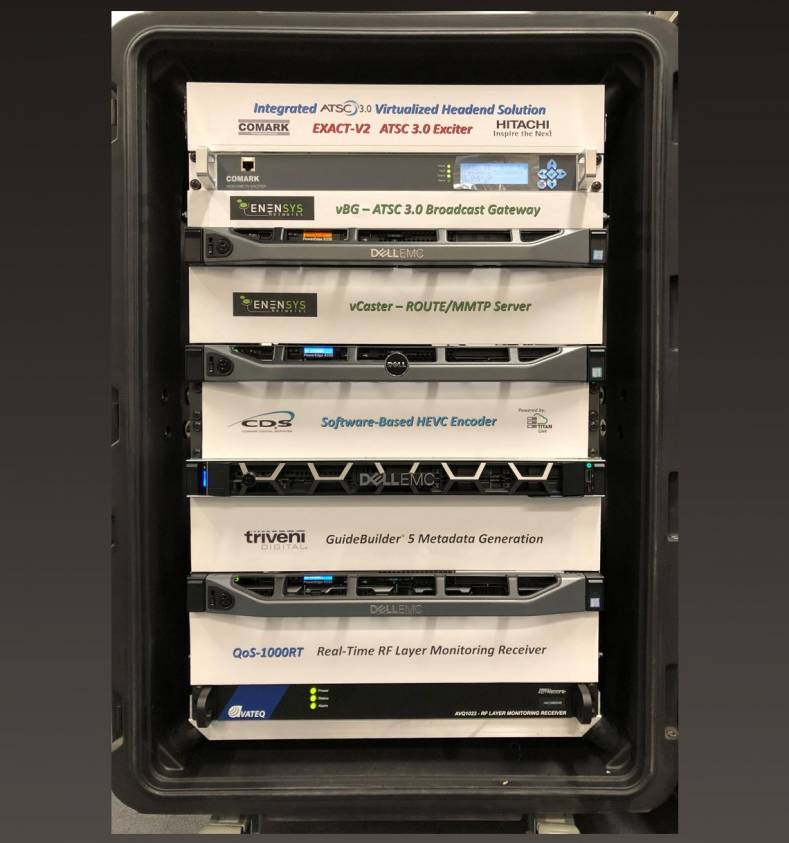 Show attendees can view the production readiness of ATSC 3.0 equipment and show the capabilities of SFN architectures. To illustrate the capabilities of this Next Generation Broadcasting Television (NGBT) standard, a master ATSC 3.0 headend system will be used to feed four independent Single Frequency Network (SFN) exciters located throughout the Las Vegas Convention Center (LVCC). Of the four exciters, three of them will be strategically located within the North Hall with a fourth exciter providing signal coverage to the Central Lobby.

The demo system will be broadcasting live video as well as pre-recorded content to multiple receivers on the Show floor. Comark also will supply the full ATSC 3.0 headend solution in the ATSC’s Ride the Road to ATSC 3.0 pavilion in North Hall. This headend solution includes software-based HEVC encoders, a ROUTE server, and a Broadcast Gateway/Scheduler.

In addition to its ATSC 3.0 pavilion activities, the exhibit will also showcase ATSC 3.0 reception via a home gateway for signal redistribution to mobile devices. Key products featured in this demo will include HEVC encoding, a ROUTE server, a Broadcast Gateway / Scheduler, an ATSC 3.0 DTV Exciter, and QoS RF monitoring.

The system also includes a Triveni Digital StreamScope for test and monitoring. The entire ATSC 3.0 headend system was installed into a portable rack, integrated, and pre-configured for easy setup. Comark will also be supplying two EXACT-V2 ATSC 3.0 DTV exciters that will represent half of the SFN transmitter points.

Also on display will be  example ATSC 3.0 reception via a home gateway for signal redistribution to mobile devices. Key products featured in this demo will include HEVC encoding, a ROUTE server, a Broadcast Gateway / Scheduler, an ATSC 3.0 DTV Exciter, and QoS RF monitoring.