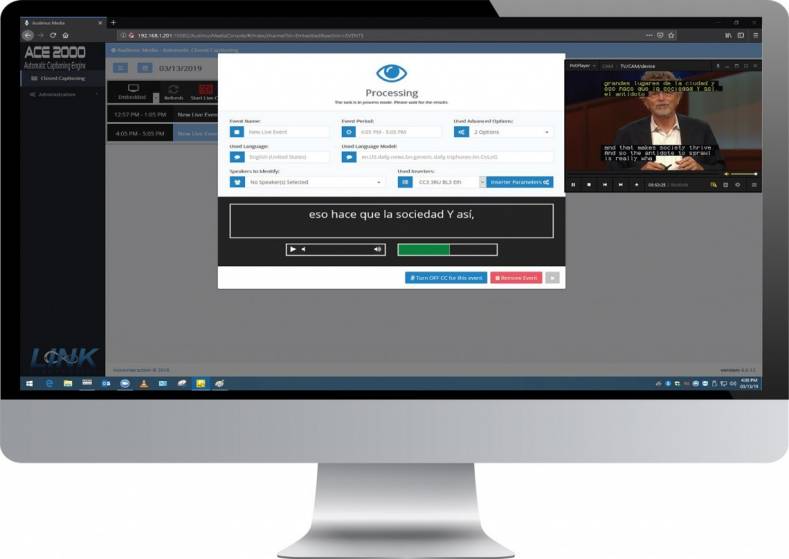 Link Electronics’s new translation module converts speech into captioning data that is then sent on to a captioning encoder.

Link said said with this new module the English speech is sent to a third-party translation source—either Google Translation API or Amazon Translate—for translation.The resulting translated text stream is then used to create captioning data for display.It can used to create caption data for speech that is translated from English to Spanish, German, French, Italian, Dutch, and other alphabetic languages.

Translation fees from the use of Google Translation API, or Amazon Translate are the responsibility of the user, and are more economical and much faster than offline translation services. 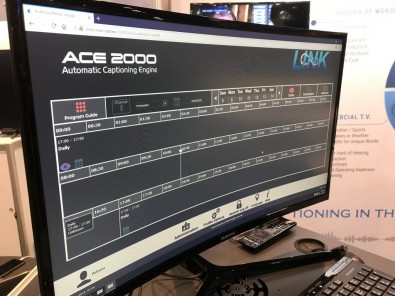 When using the ACE Series live captioning software, the ACE-2000 will accept audio from multiple sources including SDI, HDMI, AES, Analog audio or from streaming audio and convert the audio speech into text captioning data automatically.

The ACE Series is designed for 2 to 4-line roll-up, pop-on or paint-on captions, and is compatible with most closed captioning encoders or devices, making it ideal for applications involving closed captioning in a studio or in the field.

When using the ACE Series live captioning software, the ACE-2000 and the ACE-2200 units will accept audio from multiple sources including SDI, HDMI, AES, Analog audio or from streaming audio and convert the audio speech into text captioning data automatically.Additionally, the unit can accept audio using HTTP, TCP, UD, MMSH, and most types of RSTP and RTMP, including most commonly used codecs.

With the ACE Series post production software, it can take audio or audio/video files and create a transcription of the captioned file for editing and archiving.The edited caption file will then sync with the audio content for a more accurate and faster caption experience.

The ACE Series includes a web-based Graphical User Interface (GUI) that contains an event scheduler, allowing the user to use different audio inputs and caption outputs on demand, with selectable caption location. The unit comes preset with standard audio and caption data outputs for Link Electronics encoders, making setup for the device quick and efficient.