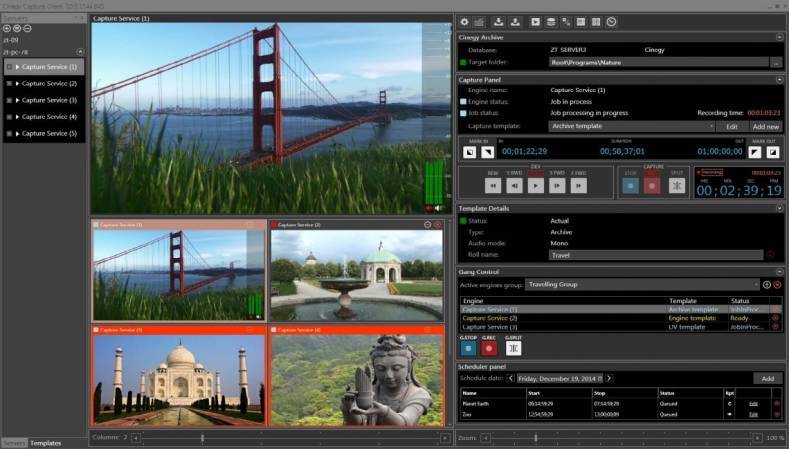 The Cinegy Capture PRO is can capture 8K in 10-bit at up to 60 fps, as well as providing four channels of UHD/4K using the same hardware.

At the 2019 NAB Show, Cinegy, a provider of cloud-based broadcast playout technology, will show multiple new, 8K-ready products targeted at the enterprise, IT and professional AV markets. This includes the Cinegy Multiviewer, Cinegy Air PRO playout, and Capture PRO ingest products, which can now output content in 8K resolution.

Lewis Kirkaldie, Head of Product Management at Cinegy, said, they have also optimized the products to make them easy ton deploy in the cloud.

“As a front-runner in IP and cloud playout, we have already learned many lessons,” he said. “The integration of Cinegy Air PRO with infrastructure-as-code software Terraform; visualization and analysis tools such as Grafana and Elasticsearch; plus our own deployment tools and agents make the difference between having an app in the cloud or being able to launch and manage the creation of an entire global playout center from scratch.”

In the case of the new Cinegy Multiviewer, in addition to being 8K capable, its existing GPU optimization has been improved as well. This makes it an ideal companion to the Cinegy Air PRO and Cinegy Capture PRO ingest and transcoding products.

The benefits of increased scalability and efficiency also come with the Cinegy Capture PRO, an acquisition and transcoding tool, which is now capable of capturing 8K in 10-bit at up to 60 fps, as well as providing four channels of UHD/4K using the same hardware.