Apple’s streaming TV launch may have been billed as a Netflix killer but upon close inspection is more just an acceleration of its longstanding strategy to push further into media services and add more value to its existing ecosystem. It is really an extension of the Apple TV strategy that has been slow burning for some years, propelled by a gradual increase in original content production combined with setting out stall as an aggregator.

The latter, involving attempts to secure premium content from the big studios, has been stalled by reluctance on the part of content owners to give Apple access to their Crown Jewels. Now the studios are all in some form or other moving direct to the consumer themselves, with the result that the SVoD field is set to become much more fragmented than it has been with Netflix the defacto source of premium content. Netflix itself has become a major content producer starting to rival the studios and it was significant its CEO Reed Hastings felt the necessity to rule out participation in Apple’s new streaming service ahead of the launch. Netflix has already had content pulled from its service, notably by Disney as preparation for its streaming service hosting premium movies and TV shows later this year.

Apple seems to be playing a long game still, with its new service positioned as a launch pad for an extension of its previous strategy based around a gradual ramping up of content production. While doing so it is happy to allow the big content houses, including Netflix as well as Disney, AT&T with Warner and Fox, along with Comcast through NBCUniversal, to slug it out as providers of converged broadband communications, content and video distribution.

There is also Amazon, whose Channels strategy Apple is to some extent following by selling third party subscriptions directly through its TV app, as well as giving premium content away, in this case to users of its phones and tablets. This is different from what analysts had been expecting until last year, which was it would launch a paid subscription platform with original content created by Apple plus existing content it licensed. Until now, the Apple TV box has just enabled access to all other streaming apps, including Apple’s own movies and TV episodes for rent, without requiring a monthly subscription. Now Apple is doing away with the need to buy the separate box by having the TV app pre-loaded on Samsung TVs, with third party content much better packaged, again like Amazon Channels. Such third-party content comes from partners including Starz, CBS, Lionsgate and HBO.

But the commitment to original content is still modest compared with the big content houses, as well as Amazon and Netflix, and that is clearly deliberate for now as Apple prolongs its waiting game despite the streaming launch. While Apple’s $2 billion content budget is a lot of money for many content creators, it is small beer alongside the $12 billion Netflix spent in 2018, set to reach $15 billion this year. It is well behind Amazon’s estimated content budget of $6 billion for 2019 as well. Apple’s spending also lags behind the big studios, of which Disney is the biggest spender with content budget of $23.8 billion for 2019, according to RBC Capital Markets.

Furthermore Apple is almost starting from scratch when it comes to top content, lacking the library that Netflix as well as Hulu and HBO have, while AT&T’s Warner Media, Disney and Comcast’s NBCUniversal all have huge archives of movies and TV shows to buttress their emerging or forthcoming streaming services.

Apple, like Amazon, has the resources to spend more than any of these content producers but calculates this would be throwing good money after bad at the moment. There is still the possibility of a major acquisition to propel Apple to the top table of content, remembering rumors it was going to bid for Time Warner, which ended up with AT&T.

On the positive side Apple does have a huge base to tap, amounting to around 1.4 billion users, which was the basis of its assault on Spotify in the music streaming stakes. That has only been partially successful and Apple may have learnt that it cannot remain tightly hitched to its ecosystem to succeed in video streaming.

This comes back to the Amazon model, which has been fairly successful, with Facebook now looking to sell TV subscriptions in similar vein through its platform. At least Apple does not have to worry too much about YouTube despite its huge presence in user generated content because, so far, its efforts to get a leg up into high quality streaming with YouTube Premium have been rather a flop.

Partly for that reason Google is going to make premium original content produced for YouTube free with advertisements, rather than being withheld exclusively for subscribers to YouTube Premium. This flies in the face of conventional wisdom for premium services as espoused by Netflix, which is that viewers of movies or series will not tolerate ads. However YouTube may have its eye on opportunities in some big less developed markets, such as India and China, where advertising supported VoD (AVoD) is booming and set to continue doing so, while SVoD is confined the upper middle classes. 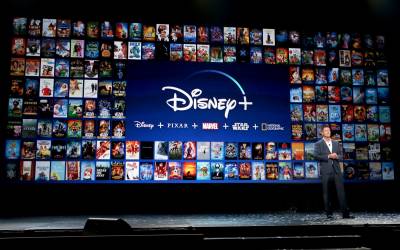 Fears among major streaming providers that consumers may kick back against growing content fragmentation have been confirmed in a recent US survey from polling group YouGov for The Trade Desk, a developer of data-driven advertising software.