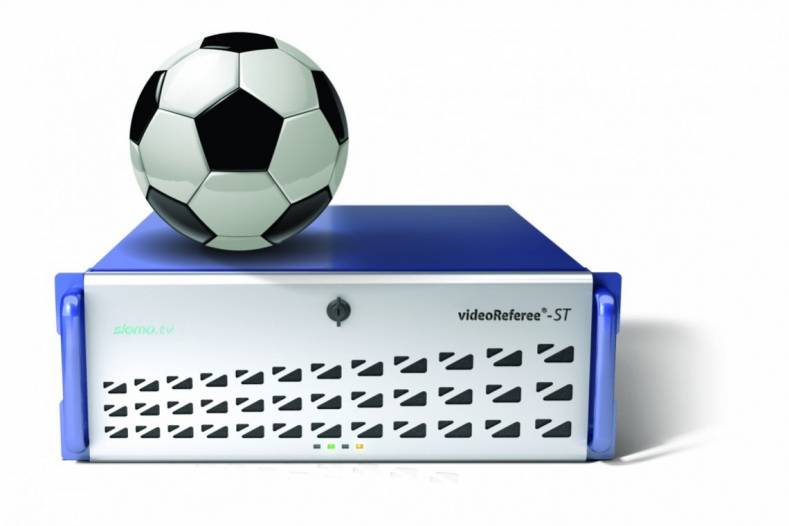 Slomo.TV claims “the market’s most affordable” VAR system in a new version of its videoReferee-ST. Claimed to meets all FIFA/IFAB requirements for VAR and comes in at under $40k.

The obligatory use of video judging VAR systems in major soccer tournaments, has spurred many vendors to develop VAR products. Slomo.tv says it leads the market in terms of having more than decade of experience in VAR systems development and several generations of their VAR product.

“A critical factor in deterring VAR installations in the majority of soccer championships at any level and any league is the budget constraint,” the vendor states. “So, Slomo.tv has addressed this market need by designing a new affordable system - videoReferee-ST.”

Having 12 SDI video inputs it meets the minimum FIFA/IFAB VAR requirements of supporting at least eight cameras, one of which is High Speed. The system includes a SuperMotion option which allows configuration with SSM cameras. Super speed cameras are used in working with difficult, controversial moments in which resolution of 60 phases of movement per second is not enough and therefore having at least one such camera in the VAR system is very important.

The unit has an adjustable input delay for the referee’s monitor, multiviewer and special buttons for the VAR and RO (red, green and blue). The system supports gesture control via the touch screen referee monitor and also provides SDI Output for the replay review area (RRA) monitor on the side of the playing field and broadcasters.

Also available is a hardware option for working with Vokkero intercoms and a virtual offside line option. (These options are not currently mandatory).

When it is necessary to increase the number of input channels, users can expand the capabilities of the system to 16 inputs by purchasing an additional license. Also, the system can have the optional second workplace for VAR assistant (AVAR).

Slomo.tv states: “The second workplace allows two replay operators (RO) to simultaneously and independently work with different questionable moments or on the same moment with different camera angles. This can significantly speed up the referring process – one RO works with VAR, the other one – with AVAR.”