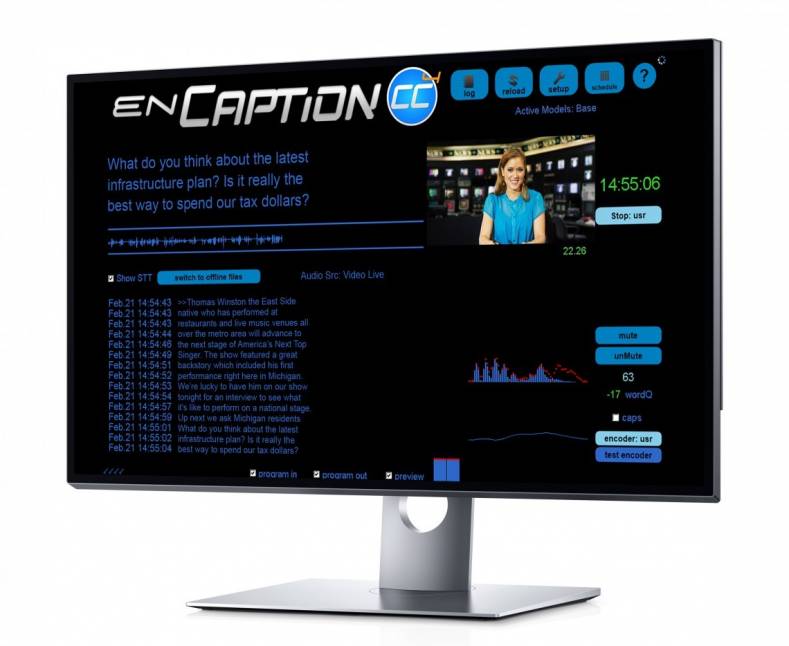 At the 2019 NAB Show Enco Systems will show an updated version of its enCaption4 automated captioning software.

The latest version of enCaption4 offers better accuracy while shortening the delay between spoken words and the corresponding on-screen caption display. Augmenting this elevated accuracy, the new update expands the array of sources from which enCaption4 can learn new vocabulary and names. Already able to access newsroom computer system scripts and rundowns using the MOS protocol, enCaption4 now offers additional forms of newsroom integration. The system can also pull information such as sports team rosters and news articles from third-party websites, growing its dictionary to continuously improve its word recognition and spelling precision.

On-premises enCaption appliances have typically output a serial or IP-based data stream of the generated captions to third-party closed caption encoder hardware, which in turn encodes the data into an SDI output signal with embedded captions. Eliminating the requirement for a separate encoder, Enco’s new optional closed captioning encoder card can be installed directly within the enCaption4 system. This simplifies the signal chain and minimizes equipment maintenance.