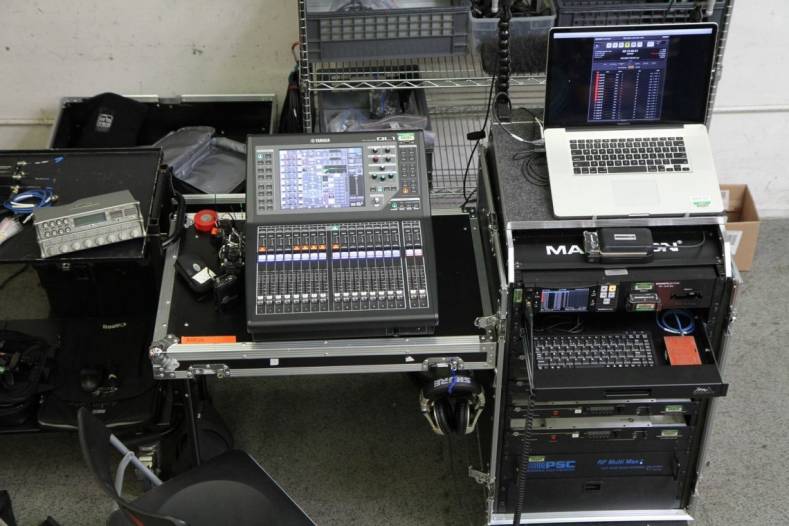 “For ‘White Collar Brawlers,’ the 970 recorder allowed us to set up the audio station next to our video village, which gave our producers a more reliable audio feed to monitor,” says Paul Rials, Audio Coordinator, Authentic Entertainment. “On the show we have a large amount of talent and mics laid out. Being able to have those mics recorded to a single device, and then control and monitor them all at the same time, from the same location, makes a huge difference during production and post.”

The 970 recorder also helped Rials and his crew improve their workflow and work faster. “The PIXNet and Dante capabilities are extremely useful features of the 970,” said Rials. “The PIX Caddy SSD, along with the ability to either hot-swap it out or use the network mounting function, helps to cut down file transfer times. Plus, with the new firmware, the added ability of a sound report is a big help in post. The FileSafe function is also a wonderful addition, helping protect files when power is lost. We haven't had any power issues while recording, but we have tested it out during preps, and it is a great feature.”

The 970’s compact size and features has helped the Authentic Entertainment crew overcome challenges they have faced in the past. In addition to simplifying cable runs, the 970 has provided easy track routing via Dante, allowing for endless amount of tracks to be recorded in one place. Being able to build this out into a transit rack case helps make it more compact to fit into smaller spaces, which is very helpful on many of Rials’ field sets.

Peter Deutscher, Sound Supervisor on Season Two of “White Collar Brawlers,” echoes Rials’ sentiments. “Being able to record a high volume of tracks, and utilizing Dante for routing signals to and from the 970 made using it a no brainer,” he says. “What makes the 970 great is its ability to run only a few CAT-5 cables and yet route over 30 different signals, whether they be pre-fade ISOs, sub mixes or the PA feed. Dante allows for seamless routing and re-routing at the touch of a mouse. Having the 970 allows you to get out of the mindset of thinking just ‘analog in and out.’ With just two cables, we can send 64 signals to and from the machine, allowing for endless routing possibilities. It’s impressive.” 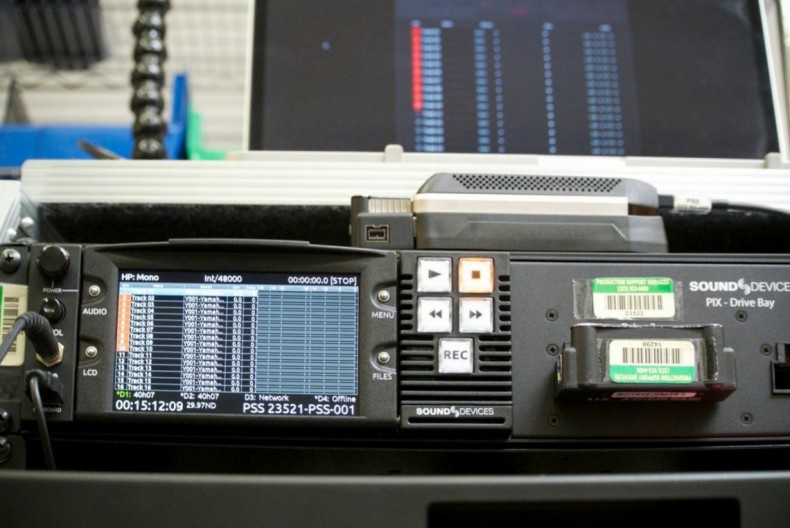 Sound Devices’ 970 records 64 channels of monophonic or polyphonic 24-bit WAV files from any of its 144 available inputs.

Along with the 970, Deutscher outfitted his rig for season two of “White Collar Brawlers” with a Yamaha QL1 mixer and Yamaha Rio 1608 digital network remote, Lectrosonics wireless (paired with Sanken COS-11 lavaliers), Sennheiser 416s for spot mics, a Denecke GR-1 master clock and a Rosendahl Nanosync for TC and Word Clock Sync, and a PSC RF MultiMax antenna splitter to create a multi-zone wireless system. The crew also utilized Sound Devices 788Ts in their portable bags, for backup.

“So far, the 970 has exceeded my expectations in performance,” adds Rials. “We always use our Sound Devices equipment on all of our shows, and I am looking forward to deploying more 970 rigs as our shows’ demand for it grows.”

The 970 records to any of four attached drives, which include two front-panel drive bays and two rear-panel e-SATA connected drives. Material can be recorded to multiple drives simultaneously or sequentially. With its built-in, rock-steady Ambient Recording Lockit time-code technology, the 970 is well suited to operate as a master clock.

The Sound Devices 970 features an embedded Web-based control panel for machine transport and setup control over Ethernet-based networks as well as file transfer over the data network with SMB. Users can perform file metadata editing of scene name, take name, notes, track names and reel folders during before and after recording across all drives. In addition to RS-422 and GPIO control, the unit also allows for format conversion between analog, AES digital, MADI and Dante. Sound Devices’ 970 is designed with a large five-inch screen for metering of up to 64 tracks and for fast and intuitive menu control. It also features Sound Devices’ proprietary PowerSafe technology, a built-in UPS providing 10 seconds of power reserve allowing the system to automatically stop recording in progress and close associated files before powering down.