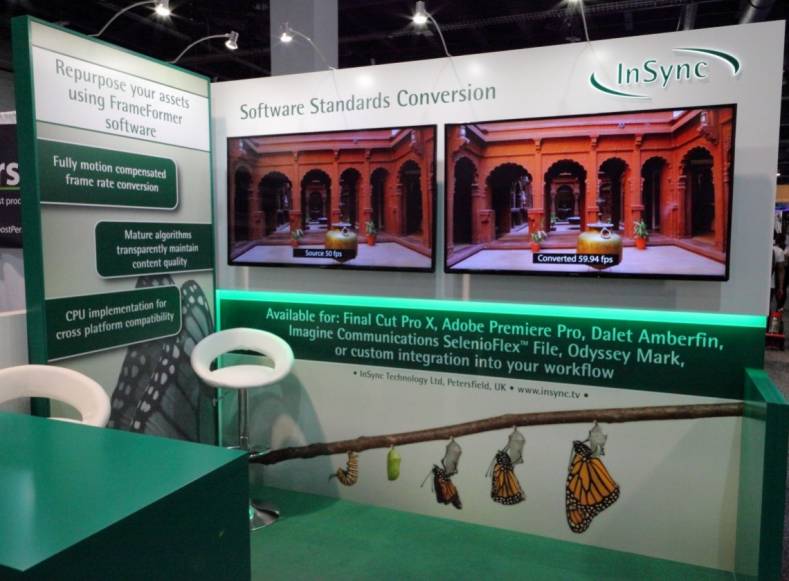 At the NAB Show 2019, InSync Technology is going to be showing the world that in addition to its FrameFormer motion compensated frame rate conversion plug-ins for Final Cut Pro X, they have now added a plug-in for Adobe’s Premiere Pro CC for Mac, expanding their presence in the Apple-based post-production community.

Said Paola Hobson, InSync’s managing director, “This is in response to a rising request from our customers who prefer the Apple OS,” she said. “We’ve always been available on the Microsoft Windows platform so now a whole new contingent of post-production experts can reap the benefits of our software approach to frame rate conversion.” 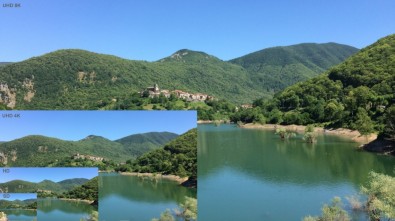 This has become a lot more challenging than it once was because, although going from, say, the 25/50 fps families of frame rates to the various varieties of 30/60 fps requires a bit of calculation, the growing proliferation of cell phone video increasingly being seen in serious productions can be a real chip challenge.

After all, cell phones don’t march to either a consistent frame or bit rate. Cell video images come in a variable rates that can increase or decrease depending on factors including storage capacity, battery load and even lighting conditions.

“That is one of the advantages of a software-based converter,” Hobson said, “because it is frame rate agnostic. We have a standard version of FrameFormer that goes up to HD, with presets for common conversions, and a professional edition that takes you to UHD an beyond with flexible custom controls, specifically designed to handle any of those situations.”

InSync’s FrameFormer uses proprietary algorithms for motion detection and motion vector estimation to calculate each object’s trajectory. One of the key strengths of FrameFormer is that it utilizes only the CPU for its computations, without involving a GPU.

Because the software doesn't rely on a GPU, additional processing power comes from adding (cloud) CPU's.
Click to enlarge.

“That means it can run on any laptop, or in the cloud,” she said. ‘If you need more power, you can just dial up more CPU’s in the cloud and the software will automatically take advantage of the extra processing.”

It can also convert between various kinds of HDR (PQ, HLG and S-Log 3) and move content into and from Wide Color Gamut.

Finally, in case you are servicing multiple international clients and never know exactly what conversion is going to be called for,

FLICS lets the user pay for only the conversion services needed.
Click to enlarge.

InSync Technology has partnered with Hiscale to offer a pay-per-use standards conversion service called FrameFormer for FLICS. This enables minimum up front investment.