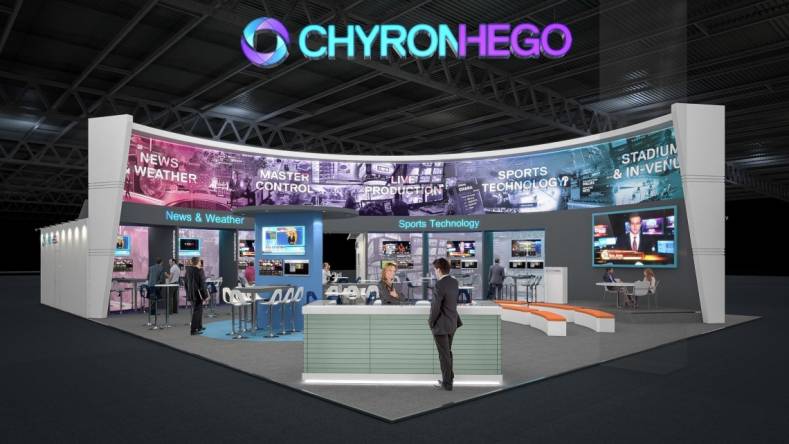 ChyronHego is elevating their newsroom graphics technology from enhancing broadcast video to creating 2nd-screen experiences of its own.

“Our theme at the NAB Show 2019 is going to be producer-driven workflows,” said Marco Lopez, ChyronHego COO. “Over the last 18 months or so we have focused on ways to make the lives of producers easier in the increasingly fast-paced news production workflows.”

Central to this approach is the CAMIO Universe, which can be thought of as an asset management and workflow automation system, but is actually much more.

“A newsroom operation may have dozens or even hundreds of producer/reporters in the field,” Lopez said, “but while even a few years ago they would have had over a dozen personnel on staff in the studio, these days that may be cut to just 4 or 5 production staff. So automating the ingest, preparation, and playout of packages and stories is more crucial to a newsroom’s successful workflow than ever.”

At their NAB 2019 exhibit, ChyronHego will be demonstrating how CAMIO Universe working with up to 4K imagery and graphics over an IP infrastructure can maintain the quality of broadcast production under the strictures of modern budgets.

In addition, in this brave new world of content distribution, streaming is becoming as important as OTA delivery.

So ChyronHego will be giving us the Vidigo News OTT system in its North American debut at the 2019 NAB Show.

“Vidigo News integrates completely with CAMIO’s functionality to maintain all the carefully established branding and content quality of the broadcast feed in streaming delivery,” Lopez told me. “This is a completely new, all-in-one, totally software-based newsroom production system designed to work seamlessly alongside the linear workflow.”

“This gives the producers the ability to access a new generation of news media audiences over the platforms these viewers prefer,” Lopez said. “We realize that TV news stations could not afford a completely separate facility for OTT delivery, so Vidigo News lets them leverage their existing broadcast investment to attract a new and wider audience.”

Visitors to the ChyronHego exhibit will also see the latest version of their universal graphics platform, PRIME Graphics 3.5, which supports both 4K and HDR. 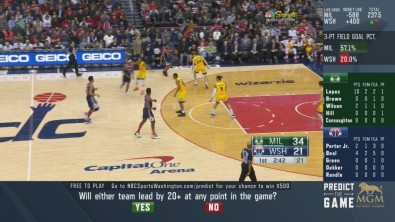 I have to admit that the video wall display this company presented at IBC 2018 was impressive to see, due in large part to the pristine quality of the PRIME Graphics output. One reason is the desired flavor of HDR can be determined by a client choosing from a variety of LUT’s (Look Up Tables) to feed into the system.

That alone will be worth a visit to their NAB presentation.

“Our PRIME Graphics 3.5 which benefits from all-new GPU capabilities, is tightly integrated with our Live Assist production automation system which enables a story from one part of the rundown to be moved to a later block," Lopez explained, "or even a subsequent broadcast, with all the graphics, effects, and lower thirds remaining in their original position.”

We are also going to be seeing ChyronHego’s latest Augmented Reality (AR) graphics and virtual set capabilities from their Hybrid AR systems.

“With this Hybrid AR approach, news producers and journalists can create sophisticated AR graphics as easily as a conventional lower third, all managed from he same NRCS rundown,” he said. “What is new this year for the NAB Show 2019 is integration with Epic Games’ Unreal Engine rendering and real time special effects tools.”

As attendees will see, sophisticated AR graphics have now become a practical part of day-to-day newscasts.

Because channel branding can be key to the bottom line, ChyronHego will have the latest NewsTicker 5 on display, the system used by 85% of the North American television market.

NewsTicker 5 is now able to exploit all of PRIME Graphics' extensive data management capabilities to deliver localized channel branding and support it even in multiple languages. 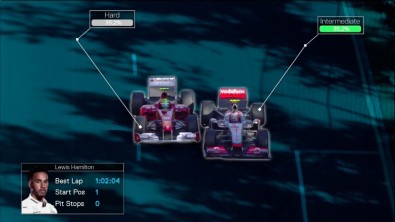 Used as a 2nd screen source, not every viewer will have seen this graphic evaluation of these racing tires' condition

Paint can now not only help explain the intricacies of sports plays, but actually present some of the instant replays that did not make it into the main linear broadcast.

Yes, that means that Paint 7.5 is going to be serving as a second screen source, giving viewers perspectives that may not have been seen on TV before.

“This is just another way of locking the fans into the unique viewing experience we are going to be able to provide,” Lopez told me. “By accessing integration with major replay systems from EVS and Grass Valley, more than 50% of the highlights and replays presented on Paint will only be seen on that 2nd video system.”

Finally, just to enhance the environment where the sports are actually being played, version 7.1 of the Virtual Placement system can integrate up to four different virtual graphics simultaneously, with each of them containing regionalize advertising that can be in a separate language. Look closely, in this soccer game from Atlanta, the ads flanking the goal net in each of these otherwise identical shots are tailored for different audiences. (Click to enlarge.)

“This can also be going out over social media,” Lopez said, “so you might want to follow NASCAR or FIFA events in the native language of their host teams when that becomes available over You Tube or Facebook.”

Virtual Placement 7.1 can provide remote graphics placement capability for international rights holders so they can insert a virtual graphic downstream of the clean feed, and track it onto the field without additional calibration. This avoids the cost and logistics of on-site production.

“The layman at home does not need to be aware of all this complexity,” Lopez finished up. “For us, it’s a development in the technology of our business. For the end viewer, it’s just enhanced news and entertainment.”