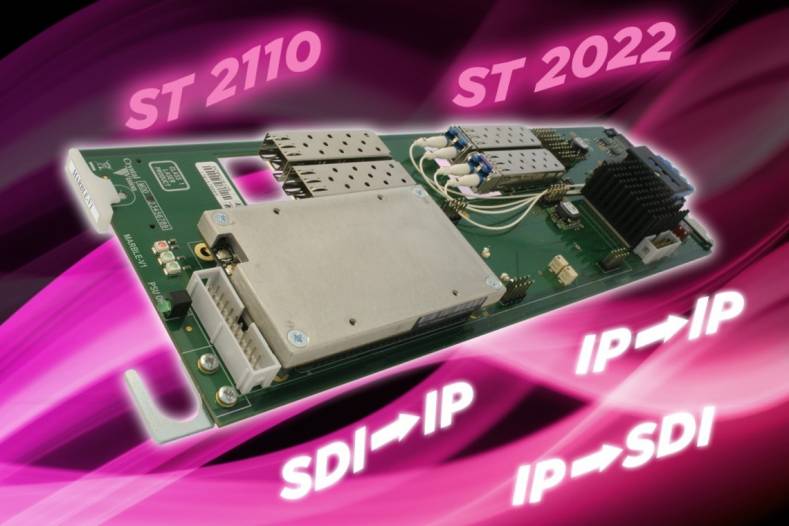 At the 2019 NAB Show, Crystal Vision will be demonstrating its new range of broadcast solutions, including its flexible IP platform, the MARBLE-V1 media processor hardware and its initial software apps.

The company will also be demonstrating its popular SDI chroma keyers, logo keyers, video delays, colour correctors and fail-safe routing switches - including its new profanity delay range which make it easy to remove unwanted audio or video from a live feed.

The MARBLE-V1 media processor is a flexible solution to video over IP; and like all Crystal Vision's IP products, it's a software app that runs on MARBLE-V1 hardware. This is done with apps that are bought with the hardware and are able to be replaced with different apps as needs change - helping broadcast engineers to make the most of their budgets.

The initial six software apps are IP gateways for the transport of uncompressed video over 10GbE IP networks, converting to and from SMPTE 2022 or SMPTE 2110, and IP to IP translators which can help broadcasters solve any IP problems. A particularly popular application for the IP to IP translators is as the perfect media firewall: they automatically stop everything going through apart from video and audio and include features which sort out all the issues that people are having.

At the 2019 NAB Show, the company will also be launching Cleanit, its new range of SDI profanity/obscenity delays. All live broadcasts in the US require protection of content, with this application becoming increasingly prevalent in other parts of the world. The solution allows a live video and audio content stream to be delayed by up to 20 seconds (in HD), giving the operator time to react and prevent the broadcast of unwanted or offensive audio or video material. 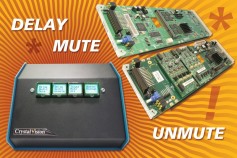 The solution works with 3Gb/s, HD and SD video and with embedded audio as well as discrete AES and analogue audio and is based on the company's Indigo range of modular products and frames. There is simple, intuitive control of the fully integrated solution using either a computer GUI or the SBB-4 smart button box which features four programmable LCD switches and connects to the Crystal Vision frame via Ethernet.

Further, the development of new applications has resulted in a recent surge in the popularity of Crystal Vision's niche SDI products, with products on show this year including the chroma keyers, logo keyers, video delays, colour correctors and fail-safe routing switches. 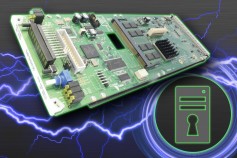 Broadcasters are increasingly finding more and more uses for PCs - from automated playout using channel in a box systems to automatic generation of subtitles by processing the audio - but users worry about their reliability. Putting a Safe Switch 3G intelligent and clean 2 x 2 fail-safe routing switch in the system builds in redundancy and is allowing broadcasters to confidently use equipment that doesn't meet their quality of service requirement while saving money.

Monitoring 18 different fault conditions, Safe Switch 3G automatically switches to a good signal. Its two independent framestore synchronisers ensure no disruption to the output on switching and it can automatically compensate for timing differences, with up to 25 frames of delay to ensure the switch is seamless.