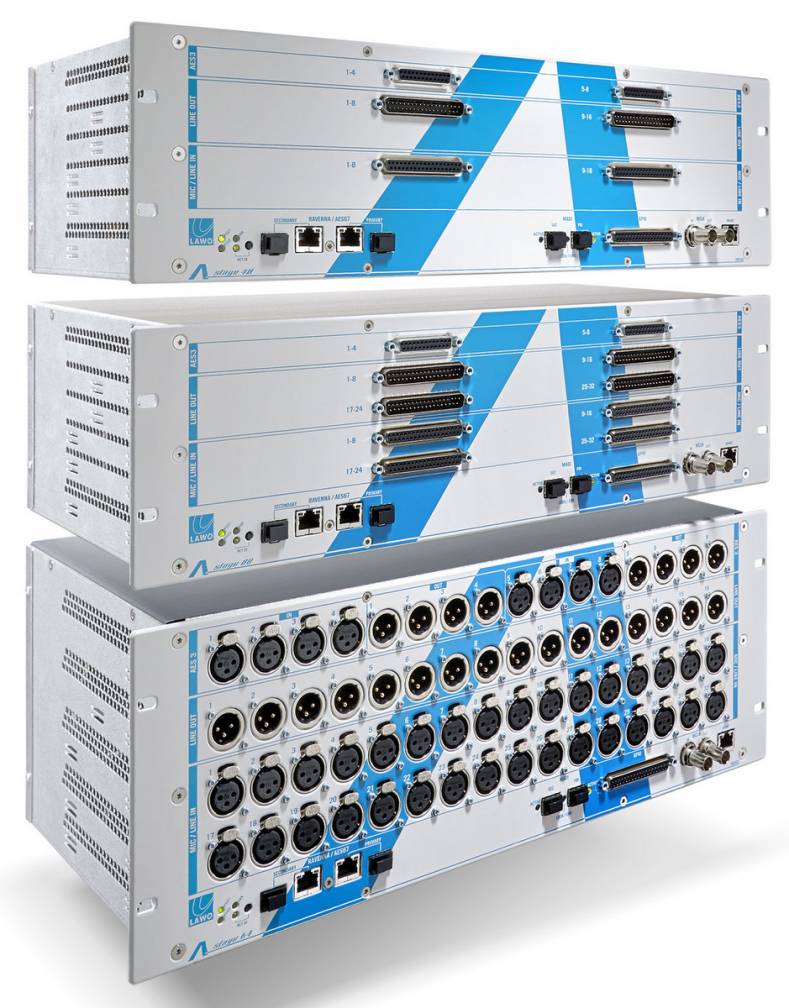 The stage box has long been a critical piece of equipment in live-event broadcasting because it provides a reliable and efficient way of getting on-stage feeds to the outside broadcast truck or TV/radio control room. This requirement remains true for IP-based networks and in response to this Lawo has launched a range of audio over IP (AoIP) stage boxes, which were shown at the recent BVE (Broadcast Video Expo) in London.

The A_line range of AoIP nodes is able to stream uncompressed audio to Layer 3 networks in real-time over WANs and LANs. The units are able to convert a variety of audio formats - mic, line-level, AES3 and digitally encoded base band MADI - into AoIP streams through the SMPTE 2110-3-/31, AES67 and RAVENNA protocols.