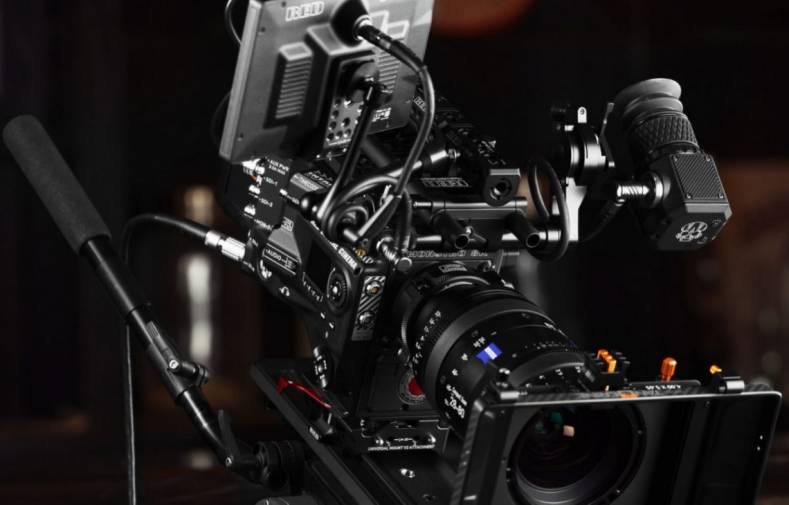 RED Digital Cinema has started the year by launching a new rental-only, large-format camera, plus additional features for the existing DSMC2 range. The Ranger was shown in China and the US before making its European debut at the BSC expo in London at the beginning of February, while high-end inputs and outputs, among other accessories, have been added to the Monstro, Gemini and Dragon-X.

Operating at 60 frames per second (fps) at 8k, the Ranger is based on the DSMC2 camera system. RED Digital Cinema sees this as a universal body into which different sensors can be installed. "This negates the need for third party accessories," commented Gareth Daley, a stereographer and camera supervisor who demonstrated the camera at BSC expo.

Further uniformity is provided by a shimmed PL (positive lock) lens mount designed to be fully compatible within the industry, enabling it to be used over a whole shoot. Working with the 35.4 Megapixel Monstro CMOS sensor and recoding on to R3D (Redcode Raw Video Image File) media, as do other cameras in the DSMC2 range, the Ranger can record at data rates of up to 300MB/s using the 480GB and 960GB MINI-MAGs and up to 225MB/s on the 120GB and 240GB models.

Other features include wireless control, SMPTE timecode, genlock, GigE for camera array work, three SDI outputs (two mirrored, one discrete) and a number of power options, including 24V and 12V outputs (two of each) and options for 11.5V to 32V input voltage. The Ranger will only be available for hire from authorised RED rental houses.

Also on display during BSC expo was a Monstro full cinema camera with a range of new features that can also be installed on other DSMC2 models. Among these are a variety of high-end inputs and outputs, 12V auxiliary power, a XLR mic connection for mic or line and many of the same I/Os found on the Ranger. There is additionally a multi-direction handle and an ultra bright display for working in sunny conditions.