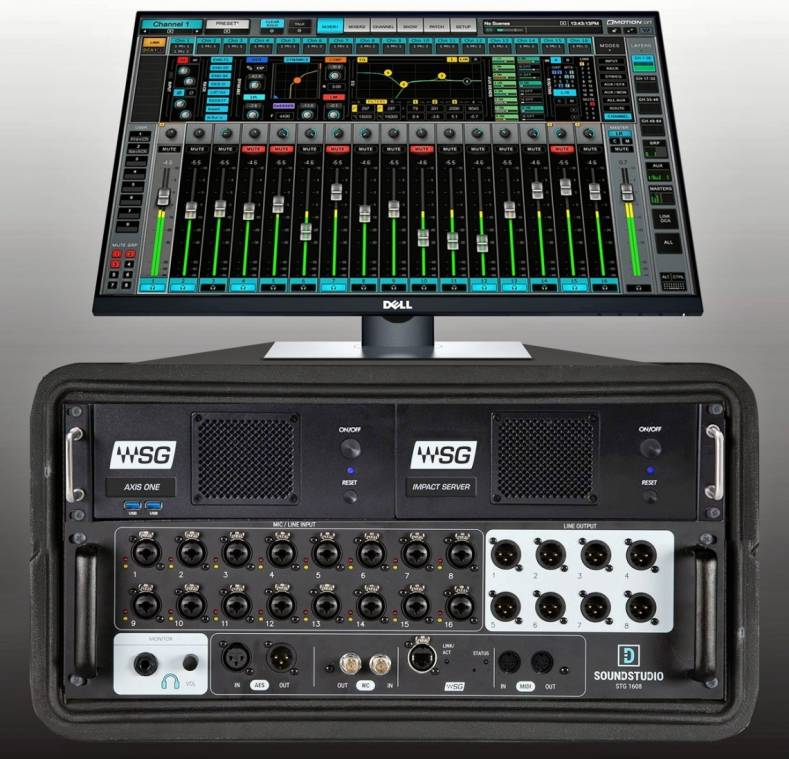 The system offers a speedy transition between musical productions and audio-visual conferences using the Dugan Automixer and Dugan Speech plugins. It is compatible with the TRACT System Calibration plugin for hall analysis just minutes before a show.

The included SoundStudio STG-1608 is a sturdy SoundGrid stagebox that features 16 mic/line inputs with high-end preamps, the latter of which can be remote-controlled directly from LV1’s mixer channels.

All audio coming from the stage and through the plugins is processed on the included SoundGrid Impact Server-C. Users can send the processed audio out to the PA system and back to the stage via the eight-line outputs.