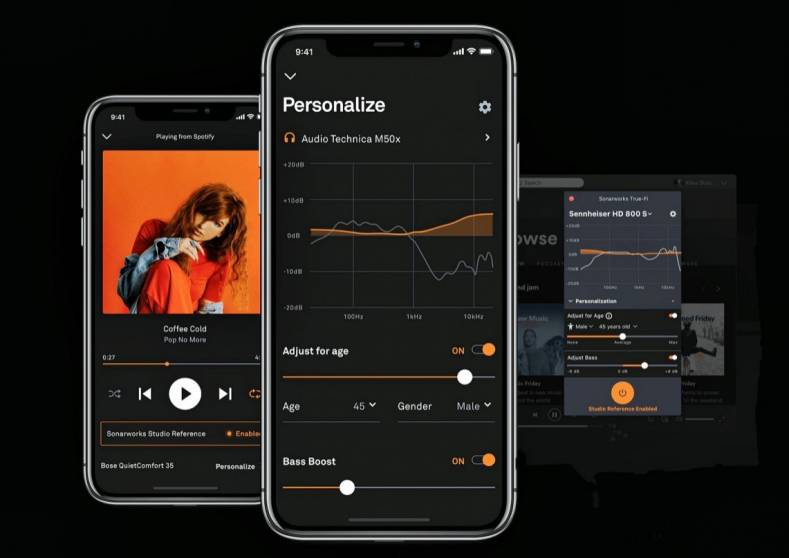 Sonarworks has introduced True-Fi, a new app that knows the acoustic properties of 280 different models of headphones and applies corrections designed to improve their audio quality.

Sonarworks said that most headphone sound differs from the audio in the recording studio. Combined with the company’s sound processing engine and high-res filter technology, True-Fi seeks to deliver unprecedented studio sound on the most popular headphone models.

A previous version, Reference 4, that was aimed at recording studios. The company says Reference 4 is used in more than 30,000 of these facilities worldwide. Reference 4 adjusts the frequency response of supported models of studio monitors (loudspeakers) and headphones to match the company’s studio reference sound standard.

True-Fi, by contrast, works only with headphones designed for the average consumer and works on both Mac and Windows platforms. There are also iOS and Android versions in the works.

Sonarworks’ True-Fi functions are in a similar vein to today’s top room-correction packages. Typical drivers inside headphones overemphasize some frequencies and under-emphasize others, coloring the audio reproduction compared to what was recorded in the studio. 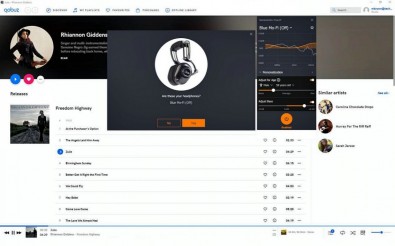 Sonarworks measures and analyzes each supported headphones’ frequency response, looking for its shortcomings. Once this analysis is complete, the team applies the appropriate inverse curve to address those frequency peaks and dips.

The goal is to make each headphone’s final sound match their studio reference standard as closely as physically possible. True-Fi doesn’t just compensate for a headphone’s frequency response shortcomings, like an EQ package would.

As humans age, we lose our ability to hear high frequencies. True-Fi therefore also takes into account the listener’s perception of sound, adjusting its target curve based on age and gender.

Sonarworks adds a slight boost to the bass response of virtually all headphones. The older the user is past 21, the more True-Fi compensates by boosting frequencies above 2kHz. No matter which settings are chosen, the user can turn any of the adjustments on or off, and independently boost or cut the bass frequency response.