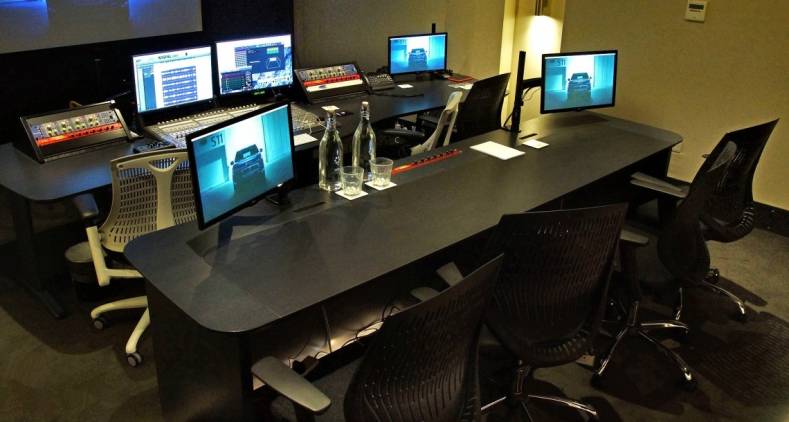 “We’ve had a very long relationship with Focusrite gear, since having our first studio setup about 15 years ago,” said company co-founder Seb Juviler. “That studio had the original ISA 428 preamp, which had just been released by Focusrite. We’ve stuck with the ISAs ever since.”

The sprawling SNK facility also houses several dedicated audio book suites. “They all have an ISA One and are recording hundreds of audiobooks a year,” said Juviler.

The nine voice-over booths have served a long list of audio book clients, including Audible, Penguin Random House UK and US, Scholastic and Macmillan.

The facility has additional 5.1 mix rooms and tracklay and prep systems, often deploying Focusrite Scarlett IO. This complex network of interfaces connects to the facility’s over 20 Pro Tools systems.

“The RedNet interfaces offer the ability to handle the quantity of channels and objects for Atmos. Plus, the product line is very modular, so you can pick and choose what you need," Juviler said.