This week, we showcase two very different feature articles. The first is focused on the audio production of the legendary BBC series, Doctor Who. The second article provides expert guidance on monitoring IP OTT networks.

Our microphone expert and writer, Kevin Hilton, reminds readers that the BBC program, Doctor Who, has a long linage, running from 1963 to 1989. The latest series (11) began production in early 2018. To our BBC viewing fans the changes made to the series were not insignificant. One was the addition of three companions who travel with the Doctor. While this was not unprecedented - a trio of friends appeared with both the First and Fifth Doctors, that was back in the days before radio mics were used routinely for TV production. In this article, readers learn about the new technology required to properly capture the actors’ audio.

From its debut in 1963, Doctor Who relied on technology to realise the adventures of the titular alien - a Time Lord - who can travel through time and space in a craft known as the TARDIS (Time and Relative Dimensions in Space). While some of the effects - both physical and visual - look shaky by today's standards, they pushed the boundaries of the technology available at the time. Likewise with the sound: Doctor Who was probably an introduction to electronic music for a generation of people, back in the days before synthesizers as we know them today became commonplace.

With shooting for Series 12 already started, The Broadcast Bridge writer and microphone expert, Kevin Hilton, provides an inside look at the latest production of this renowned show in his article, Doctor Who and the Art of Microphones. 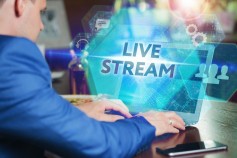 Today’s audiences have greater choice and are more discerning than ever. If their live sports event is breaking up or distorting, it is likely they will find an alternative broadcaster or streaming service to switch to. And the viewer may even go straight to social media to vent their anger.

Consequently, broadcasters need to monitor the whole program chain from playout to device delivery. The question then becomes what to monitor and how to do it.

In this tutorial, The Broadcast Bridge technical editor and industry consultant, Tony Orme, provides guidance on answering those questions in Part 3 of his series, Live IP Delivery - Part 3 – Monitoring.

Don’t Miss Our Special Report: Super Bowl LIII – The Technology Behind the Broadcast

What does it take to bring a Super Bowl broadcast to life? The Broadcast Bridge assembled our expert writers and asked them to peer behind the scenes and then report on what happens inside those production trucks, graphic suites and encoding video steaming centers. 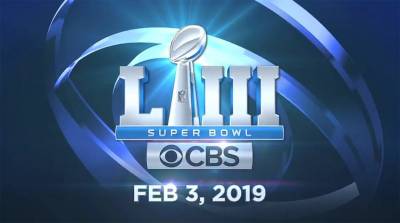 Captivating 3D graphics and electronically inserted field images have become a hallmark of every major live sporting event, but CBS Sports hopes to raise the bar during this year’s NFL Super Bowl LIII telecast on February 3, 2019. The sports network’s g…