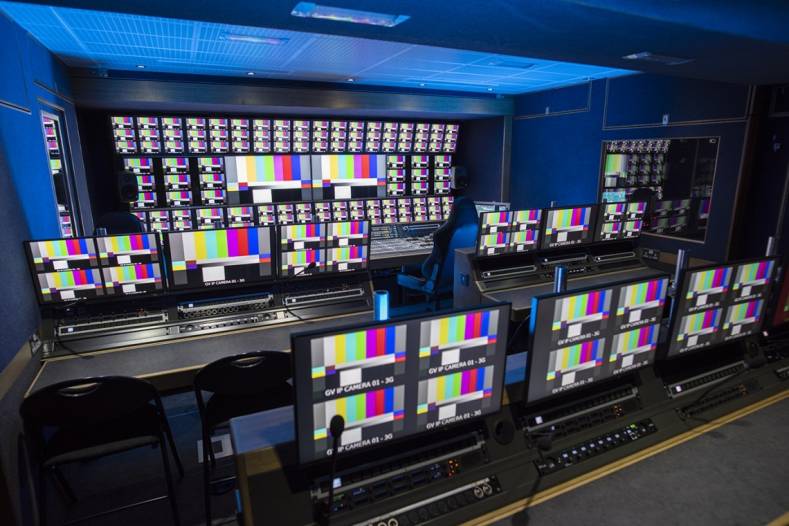 From lens to screen, from acquisition to playout, Grass Valley can be found in the entire broadcast production workflow.

“There are two major issues facing us this year,” David Cohen, vp of marketing communications at Grass Valley, told me during our interview. “The first of them is the migration to IP production thanks to the approval of an open SMPTE standard, ST 2110, which was spearheaded by Grass Valley and about 100 of our closest competitors who got together to form AIMS (Alliance for IP Media Solutions).

“This gives our customers an assurance of systems interoperability with any equipment that is AIMS compliant,” Cohen continued. “Now whether it is a new studio or a green field site or content management, customers can make wholesale changes without worrying they will be left out in the rain when it comes to upgrades.”

Even while they were waiting for this kind of a standard to be ratified, Grass Valley and their friends at SAM (Snell Advanced Media) which became part of the Belden Brands’ Grass Valley in February, 2018, were able to get ready for this move to IP because they already had more than 65 installations based on COTS (Common Off-the-Shelf) IP switches from multiple providers.

“Therefore, we had a level of expertise with IP infrastructure that gave us a leg up even before ST 2110 became a standard,” Cohen told me. “Now, when we outline a system installation from a single source like Grass Valley, customers know they can get answers from a single phone call.”

Of course, for some who’ve who have been reading color bars since before their hair was the shade of the 11.5 IRE pluge pulse, this can raise red flags. We all remember that there was a time when going to a single vendor meant a facility could find itself locked into proprietary technology.

“That’s a game we chose not to play,” Cohen said. “The idea of using IP switches that are already production tested makes it a tried-and-true market.”

The second tech horizon we can look forward to at the NAB Show 2019 is the result of merging SAM and Grass Valley technologies in their post-production systems.

“As we promised at NAB last year, the integration of the portfolios is moving forward rapidly,” Cohen said. “What has surprised most people is that no products have been retired. Instead what we have been doing in areas where we have multiple products in the same category is take the best of available technology and integrate them into existing platforms as we can and letting the others live out their life cycles as would be expected.”

This can most clearly be seen in all five of Grass Valley’s production switchers and playout product lines such as ICE channel-in-a-box, and in their playout offering including Morpheus software-based user-defined panels and ITX.

Of course, it’s the edit systems I am most interested in now that Grass Valley has both EDIUS and Rio under its banner. With that surfeit of editing riches, it’s only natural to ask how their development paths are going to differ.

To make an overly broad generalization, it is not unfair to think of the Rio toolset to be optimized for film work which EDIUS fits very comfortably in the newsroom.

“You have to understand that all the development of our editing systems has been moved to Kobe, Japan, so they will be sharing upcoming technology,” Cohen said. “But I don’t necessarily think that generalization is inaccurate.”

After all, because Rio can interface with Grass Valley’s mobile editing app, Go!, through Python scripts, it is hard to typecast.

So should we look forward to in the Grass Valley exhibit at The NAB Show 2019?

“Since we are seeing increased call for live content, we are taking advantage of putting our systems into mobile broadcast,” Cohen said. “Just like at IBC 2019, we will be creating a live eSports demo and streaming at NAB 2019 to emphasize how mainstream that activity has become.”

They include under that “remote” concept the idea of at-home production systems. 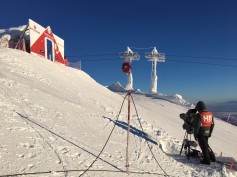 “The more people can do their jobs out of the studio, the less manpower and travel costs will be needed,” Cohen said, “and we are supporting some tremendously large productions with only the cameras on-site and everything else back at the studio. After all, we have built ‘Direct IP’ capabilities into our cameras which gives us great remote capabilities all the way up to 4K HDR.”

Actually, Cohen told me that although a lot of people are buying 4K cameras, many consider the sweet spot as 1080P HDR.

“It fits right into the current bandwidth, the current infrastructure, and looks just great on home 4K screens,”, said Cohen.