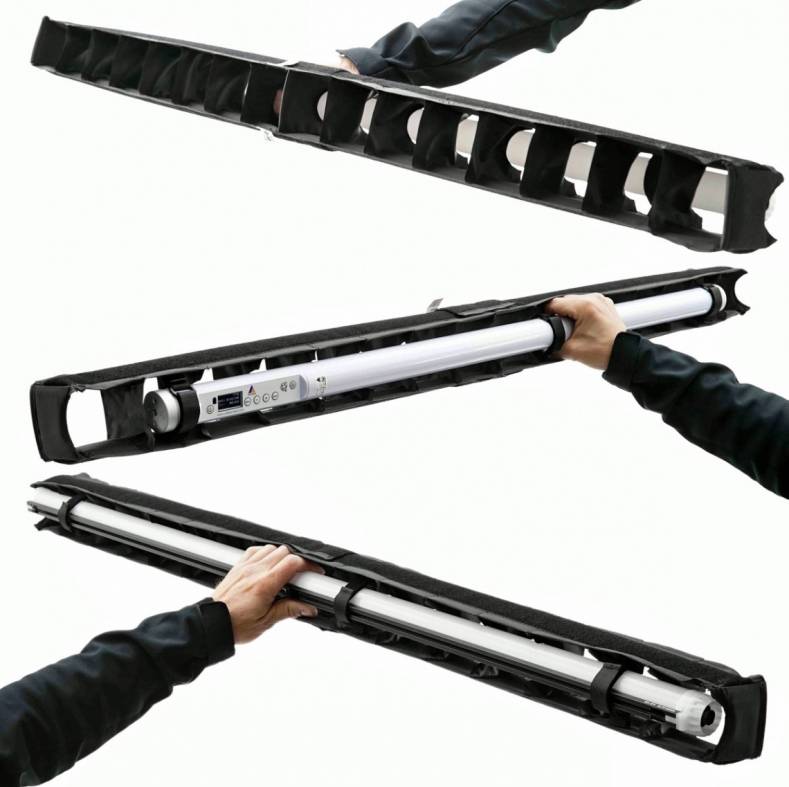 DoPchoice has developed tools for tube-style LED lights now offered by several makers. A new version of the Snapbag is the perfect accompaniment for a single slim tube up to four-feet in length. With its cylindrical design, the SBAT41 Snapbag is the smallest sized soft box available. For those who want to combine more tubes, DoPchoice has both Snapbag and Snapbox solutions.

To use multiple LED tubes with the Snapbox box-shaped snap-up softener, there’s the new 4x4 Frame Adapter that allows use of eight tubes or four tubes with a 4x2 blanket-style adapter.

There’s also the new Universal 40-degree Snapgrid for single LED tubes up to four feet long. Known for quality stitching, this gear maintains tight corners on every cell. To control spill there’s a built-in protector shield on the rear that reflects stray illumination out the front where it is needed.