Vinten and Sachtler, creators of the flowtech carbon-fibre tripod, have announced a new ground spreader for the flowtech75 and flowtech100 models. 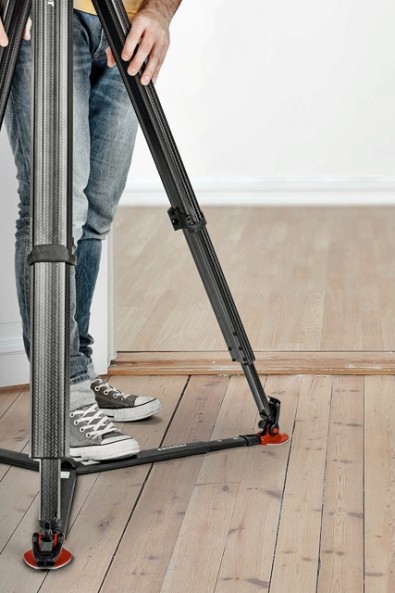 With sturdy but lightweight construction, the flowtech ground spreader can be instantly attached or removed. A foot control enables operators to change the tripod’s footprint without having to bend over. Users step on one of the foot buttons to extend the spreader arms to the full radius.

Because the spreader feet are removable, operators no longer have to carry a separate set of feet if they choose to use the tripod without the spreader for low-angle shots.

The new ground level spreader is a great option for setting up a camera quickly to shoot from low angles and are easily operated with a simple foot press.

The flowtech ground spreader weighs 1.80 pounds and features a built-up radius of 15-22.4 inches. The spreader can be purchased individually or as part of a tripod and system package.