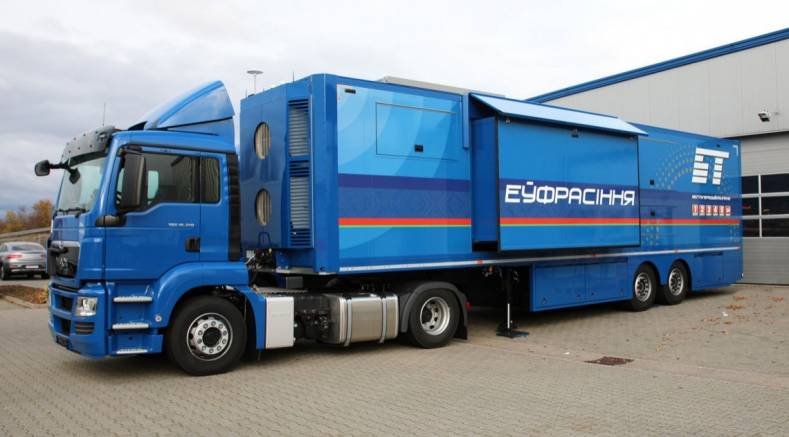 Belarus TV has four new high-definition (HD) outside broadcast vans and four mobile studios in a flight case, designed and built by German OB systems integrator Broadcast Solutions. The trucks will support live coverage of the summer 2019 European Games, in Minsk. The first two production vehicles were delivered in December 2018 and the other two will be completed by April, 2019. 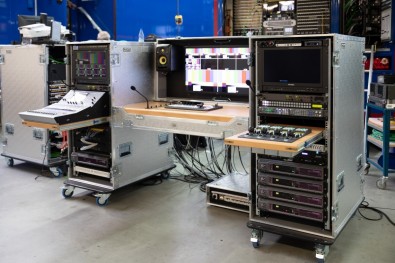 Each of the mobile studio flight case studios is designed for four HD cameras, a FOR-A compact production switcher and Ross Video router, a KVM system from Guntermann & Drunck and a Yamaha audio mixer.

All four OB Vans have an identical design and work as 20-ton semitrailers with two extensions. Each of the mobile studio flight case studios is designed for four HD cameras, a FOR-A Corp. compact production switcher and Ross Video router, a KVM system from Guntermann & Drunck and a Yamaha audio mixer.

Belarus TV, which operates six television channels and five radio stations, is migrating from SD to HD and wanted to leverage more efficient and flexible workflows to optimize its live event coverage. Fitted out with a complete end-to-end HD workflow and infrastructure from Grass Valley, the new OB vans will enable the broadcaster to meet the growing demands from viewers for more live sports coverage and better quality images.

Grass Valley’s has worked with Broadcast Solutions for several years, having previously worked with them to deliver a significant upgrade to two of Belarus TV’s production studios that included Kahuna production switchers, Sirius 800 routers and other Grass Valley equipment.