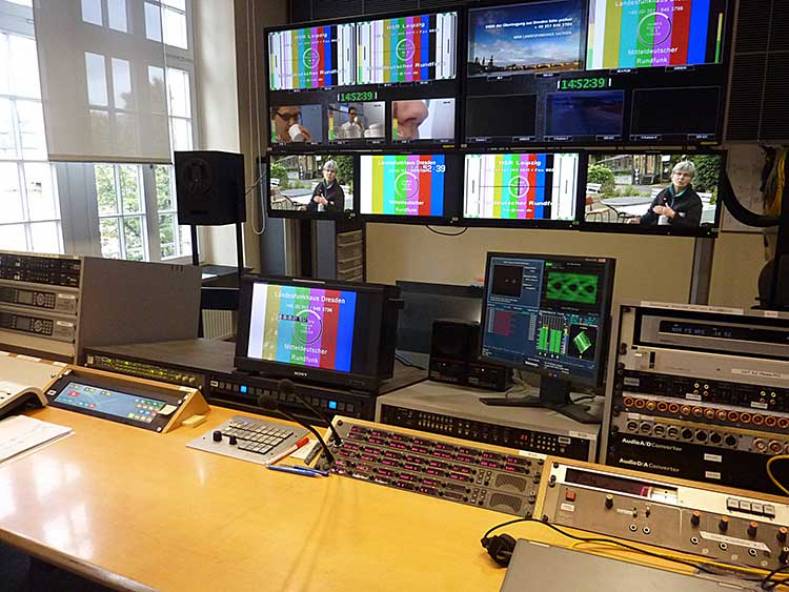 German broadcaster MDR has recently completed a complete update of the control room and video editing suit at their broadcasting centre based in Dresden, which serves the Saxony region.

The modernisation work included the installation of L-S-B's VSM (Virtual Studio Manager) as new control system. With the advent of HD transmission at MDR it was necessary for its regional broadcasting facilities to switch to production in HD format.

The updates to the studio and video editing suite had to be implemented without any interruption to broadcasting. This included the configuration of the VSM.

MCS GmbH Sachsen was responsible for the technical work on site. Rüdiger Huth from MCS explains: “VSM has played a big part in improving our work processes. We use the VSM not just for controlling the router but also as a multiviewer switcher, to transfer labels from external sources to our video mixer, to read router and transmission line status information and for switching in case of machine failure. In this regard VSM has shown itself to be a reliable and flexible product. It takes no time at all to learn how to configure the software and it offers considerable freedom for creativity in the programming of operating devices”.

The VSM is the central control system and controls an HD router (232x248) and a Sony production switcher in the control room where regional programme content for MDR Sachsen Today (Sachsenspiegel) is coordinated. The router incorporates eight de- embedded inputs and 16 embedded outputs which are controlled by the VSM. In addition there are in each case 16 AES inputs and outputs and 3 multiview cards for output to six monitors with up to 64 picture-in-picture (PIP). In this setup the VSM system also controls the tally and labelling of the PIPs, as it also does the tally and labeling of a total of eight Penta multiviewers that are in use on the monitor walls of the control room and in the video editing suite. The VSM switches the monitor inputs by GPI. The video editing suite also has eight independently switchable monitors for which the VSM controls the tally and labelling.

Huth goes on to explain how “the VSM was also a big help to us in implementing our new HD matrix. We first used it to control our ‘old’ video and audio routers, whilst we implemented the new HD matrix switchers at the same time.

The VSM managed all the tie-lines between the different routers. As soon as the HD router was fully operational, the old routers were simply removed from the configuration without any interruption whatsoever.”

The buttons on the push-button panels are freely configurable and can be assigned to the respective workflow on the basis of specific functions. A number of operations can be triggered with the press of just one button. In practice the VSM provides outstanding flexibility and fail-safe operation. It is possible to freely configure the touch and hardware panels depending on the required workflow. In this way functions and workflows can be adapted to ongoing requirements without the need for reprogramming, enabling customers to make the changes to the configuration themselves on site.