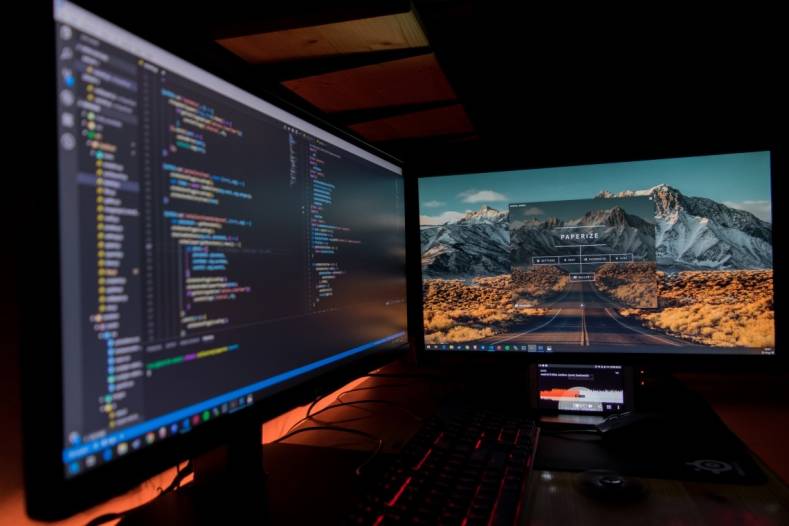 The tools for post and production get ever better. See the predictions for 2019. Image: Fotis Fotopoulos - Unsplash

The article concludes a three-part series, “Where is Production Technology Headed for 2019?" Parts one and two can be found HERE and HERE. Each of the articles asked a different cross section of executives from production equipment manufacturers about the transition to IP-based production, where post is today and where it might be headed tomorrow. This third foray into the topic continues the journey with three more experts behind the tools of our trade.

“When we look at the inclusion of new technologies such as HDR or WCG into post, it is important to monitor the whole ecosystem around them,” began Bill Roberts, senior director of product management at Adobe. “This includes consumer acceptance, and now that we are seeing big screen TV sets with these capabilities selling at well under $1,000, often under $500, we know that the home viewer is going to start demanding them. And that is where providers like Netflix and Hulu are going to have a major advantage until the networks catch up.” 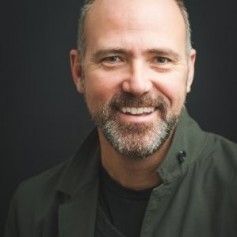 Roberts also heralds the significant introduction of mobile computing into the production chain, as demonstrated at October’s Adobe Rush conference

“What we first intro’d as Project Rush has now been released as Premiere Rush CC,” Roberts explained, “allowing you to begin editing a project on your Windows or Apple (and soon Android) cell phone and take it up seamlessly on your desktop system back in the studio thanks to cloud workflow connectivity.

“But it is not just about mobile, it is about having a whole cloud-based system that reflects another trend we are seeing at Adobe,” Roberts continued. “That’s the idea of having access to a given project no matter where you are geographically located.”

When it comes to the transition to IP-based production that has occupied so much of 2018, Roberts feels Adobe has always had a leg up on this technology.

“We have always been a software company,” he said, “and now, especially after NewTek introduced their NDI (Network Device Interface) to facilitate IP networks within existing infrastructures, we have embraced that technology extensively. We feel this is the direction to go for more lower costs and more efficient expansion.”

Does he have concerns for the future?

“One of the unfortunate developments we see facing post is the proliferation of incompatible HDR standards,” he said. “With HDR-10, HLG, Dolby Vision, and many more, it is going to confuse the marketplace until one of them becomes accepted as dominant. The good thing is, of course, that with the flexibility of software-driven systems we can readily adapt to whatever version of HDR is required as long as we stay ahead of the curve. But we really look forward to this all shaking out as quickly as it can.”

“While it took almost 20 years for the networks to fully adopt HD, they are being forced to consider getting on board with the new image technologies more quickly,” he said. “And we are aware that just a few weeks ago, the Japanese NHK broadcasters began sending out 8K video. In fact, it may be that India and China may be skipping over the cable/satellite era and going straight to OTT delivery to mobile devices like phones and tablets. So it is crazy today with the number of technical considerations story tellers have to take into account in the modern market.”

Our friends behind SGO in Spain have also been wrestling with the benefits that come with IP post production technology for their Mistika finishing system. 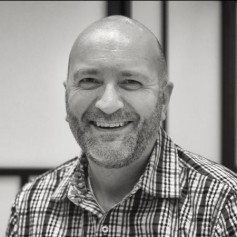 “These transforms are fundamental to modern, HDR mastering and delivery standards. In addition, we’ve implemented the ST 2082-12 standard for use of 12G SDI which is necessary for the 8K 60 FPS workflow which we have designed into the Mistika Ultima 8K-capable systems that are already being shipped to our customers in Japan and Korea.”

How does Mills see post-production changing with the times?

“At the start of the millennium, the established practice in post-production workflow was to apply different tools for every particular task,” he said. “This meant time-consugeoffming migration between various applications and facilities, and therefore highly elevated costs.”

But then, with the advent of the resolution revolution, our colleagues in Madrid were one of the first to develop an integrated solution.

There are also other dimensions to explore.

“Extended Reality (XR) is an umbrella term encapsulating Augmented Reality (AR), Virtual Reality (VR), Mixed Reality (MR) and everything in between.,” he explained. “Although drawing the line between AR and VR experiences can be challenging, it is clear that many of the same underlying technologies will power revolutionary XR experiences. XR is already transforming everyday consumer experiences and many market verticals from industrial manufacturing and healthcare to education, retail, and even the arts.”

“In many ways, post-production is unlikely to change that much over the coming year.,” he said. “However, hardware will always get faster but this will only help with the increase in demands from resolution, frame rate etc.. Cloud-based solutions and services will certainly grow and evolve as we learn when and how to exploit them.

“Creativity is still going to be the driving factor and the demand for image quality is already growing as consumers get used to seeing UHD and HDR.”

Mills also envisioned a New Year’s gift for the entire industry: “A complete renderless workflow using a single file format so everyone can go home on time!”

Graphics, once almost a titling afterthought, have become a signature element of post-production, and Boromy Ung, chief product officer at ChyronHego is convinced this is just the start of its growth curve.

“We’re already seeing a fundamental shift in broadcast graphics that will continue to accelerate into the future,” Ung set out. “Previously, graphics manufacturers were competing to deliver the best possible rendering engine, but those days are gone. Today, graphics engines have become commoditized – and manufacturers are much more focused on improving workflows than on delivering higher numbers of pixels. 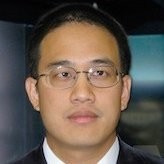 “As a result, we’re seeing the emergence of gaming engines being adopted for delivery of broadcast graphics, a true sign that dedicated and proprietary rendering engines are becoming irrelevant.”

How does he see the shape of today’s post-production?

“A year from now, we’ll see large-scale expansion of the trends that are developing now,” he said. “Although broadcasters have yet to fully embrace it, high dynamic range (HDR) will continue to grow in importance. Also, the industry will continue to move toward virtualization and cloud environments, many of which are making it easier to extend GPUs to applications hosted as virtual machines. When customers are able to render graphics on a pay-as-you-go basis, it will be that much easier to deliver HDR and other types of enhanced content.”

And what about the shape of things to come?

“Ten years from now, I think we’ll see a world in which specialized rendering engines have gone completely by the wayside,” he predicted. “ChyronHego and its competitors will no longer be investing in rendering technology. Instead of trying to compete with the gaming companies, which have more scale, we’ll be delivering workflow tools that allow our customers to use gaming engines in a broadcast environment. One example, and one in which we are already heavily invested, is the CAMIO Universe tools designed to simplify graphics workflows for news producers.

“There’s big pressure to migrate operations to IP and HDR, and at the same time broadcasters are losing viewers and might have smaller budgets than they once had for reinvesting in new technologies,” he said.

But have no fear.

“All broadcasters need is a vision, and we’re in a prime position to help guide them through the transitions and realize that vision,” Ung concluded. “There’s lots of potential for win-win scenarios.”

This article concludes the three-part series of interviews with industry-leading executives from production technology manufacturers and their viewpoints about solutions and workflows for 2019. Part One and Part Two contain interviews with thought leaders from additional graphics and editing companies including; Avid, Blackmagic Design, Vizrt, AJA, EditShare, Brainstorm Multimedia and can be found at the links above.