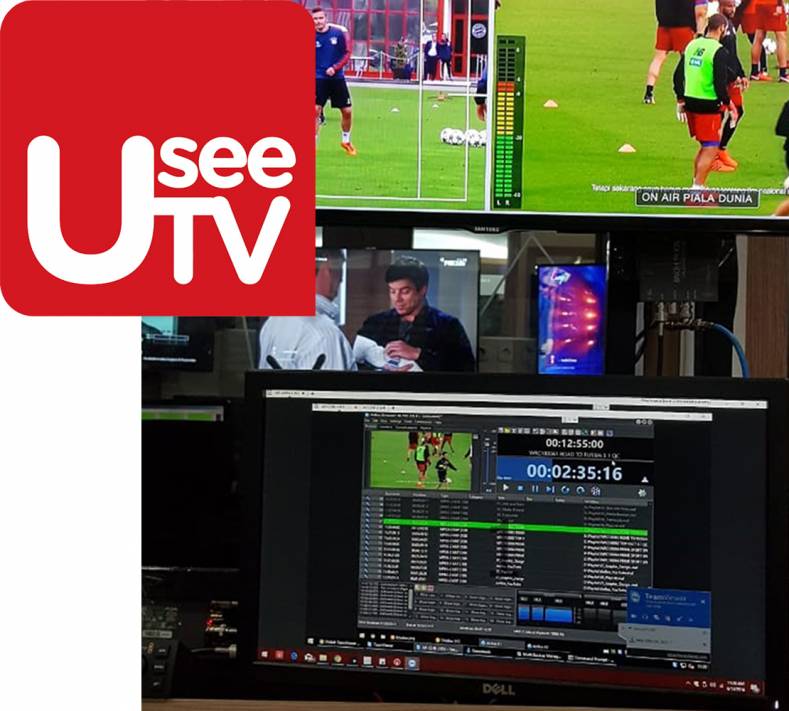 "We identified [it] as the ideal playout platform for this new channel which will be timeshared between Usee Sport, World Cup and Idku programme streams," said UseeTV's Engineering Manager, Puthut Setyo. "AirBox Neo is space-efficient, easy to interface with third-party equipment, very intuitive to operate and flexible in terms of system scalability. The team also did a great job in providing training with separate presentations tailored for our operational staff and the engineering team.

All four of the servers incorporate the Pro option, which allows control of third-party devices such as video routers. This feature enables the network to automate switching between the main and backup playout servers. The configuration automates control over the TitleBox graphics engine installed on all of the playout servers.

"Although we are seeing growing demand for our CloudAir virtual playout solution, many broadcasters still prefer the independence which comes with operating their own on-site playout system," adds the automation company CEO Pavlin Rahnev.