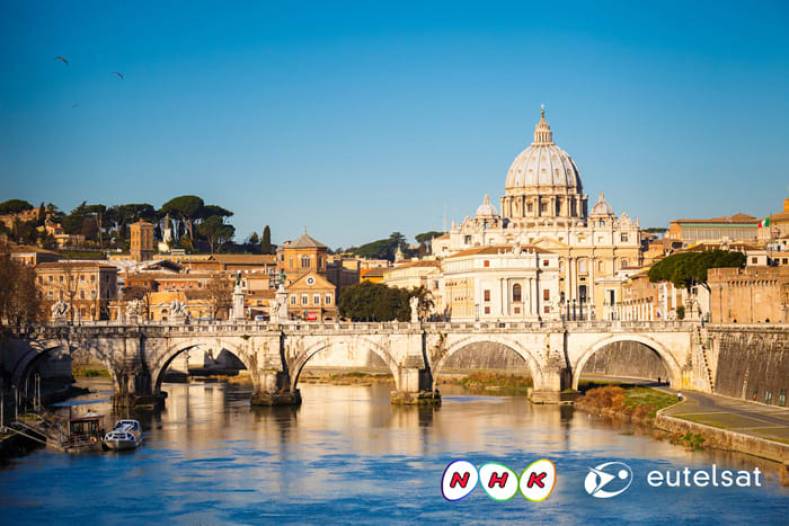 Both companies said the live transmission proved that 8K contribution via satellite is technically possible, with satellite links providing the large amount of bandwidth required.

Currently airing in Japan, BS8K features 8K Ultra HD footage of major cultural and sporting events, museums and natural landscapes, providing viewers with a fully immersive experience. Gerry O’Sullivan, Executive Vice President, Global TV and Video of Eutelsat, said the new channel will allow for further experimentation with 8K prior to the large-scale deployment of the format for the Tokyo Olympics and Paralympics games in 2020.

“Eutelsat has been a pioneer in delivering HD and Ultra HD formats since their inception, and this broadcast confirms satellite’s unique position as one of the vital technologies capable of broadcasting 8K signals,” he said.

Based in Paris, Eutelsat relies on a global network of offices and teleports to broadcast nearly 7,000 channels. These channels are operated by a variety of television groups, reaching an audience of one billion television viewers equipped for satellite reception or connected to land networks.