EditShare’s Lightworks, the NLE on which Thelma Schoonmaker has edited every one of Martin Scorsese’s films since “Raging Bull” in 1980 (winning 3 Oscars along the way) is now available in version 14.5. And its basic version is free for anyone who wants to try it out!

“Lightworks version 14.5 is the result of a very long beta program,” Matt Sandford, Lightworks’ product manager at EditShare, Lightworks’s parent company, told me, “but it was worth it. For example, among the over 70 new features and 500 improvements we managed to add is 16- and 32-bit floating precision which greatly improves its GPU’s color correction capability.”

With this enhanced grading capability, 14.5 also adds histograms to enable the editor to better evaluate their image manipulation procedures. 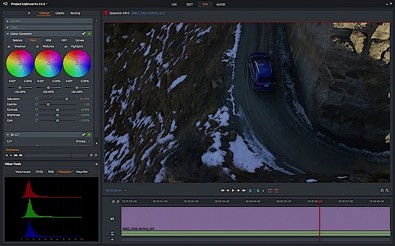 Keeping with today’s “catch where you can” production requirements, Sandford added that the new software can also directly import the variable frame rate of much of cell phone video.

“This is changing all the time,” he said. “Certainly, when I started in this industry, we all depended on fixed frame rates. But now, the ability to handle variable frame rates natively without pre-conversion is key. Now, you can just throw it into Lightworks and the software will adjust the frame rate in sync and let you color correct just like any other video.” 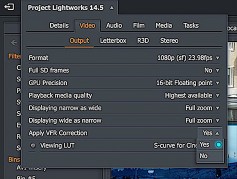 The ability to import cell phone video natively is a necessity in today's production realities. Click to enlarge.

Lighttworks has included support for decode/encode of CineDeck’s Cineform codecs as a transcode format now that it is available as Open Source.

“That lets us add encode and decode capability into our software,” Sandford said. “Cineform is not particularly computationally intensive, and like the rest of our system, it is cross-platform compatible across Windows, Mac and Linux. That makes it a perfect fit for our needs.”

“This is a big help for the users of the free version of Lightworks,” Sandford said with some pride (more on this in a moment).

There is also preliminary support for the new Blackmagic Design RAW files. “This is a bit more complicated for Windows and Mac users, requiring DaVinci Resolve to be installed first, but works directly in Linux,” Sandford said. “It will all be clarified in the upcoming 14.6 version.

And they have made it possible to install project-wide LUTs (Look Up Tables) so everything from sequence to sub-clip will be affected. 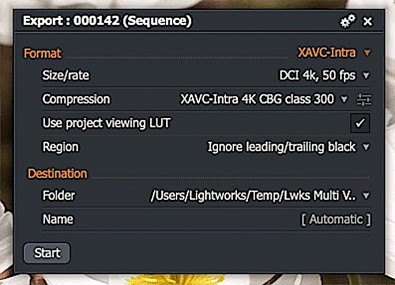 Now you can apply a specific LUT to a whole production. Click to enlarge.

But I’d like to focus on the availability of the free version of Lightworks for a minute.

You can download a free version from the Lightworks site that lets you experiment will all of its capabilities, and 4,000 to 5,000 people do it every day.

“The only major difference between the free and pro versions is in their export capabilities,” Sandford said. “The free version can only export to Vimeo, YouTube or an 720P H.264 file. But it can import all the same file formats and has the same editing controls that Ms. Schoonmaker has ridden to fame.

That makes it great for students, video bloggers and anyone who just wants to get the experience.

Just as a reality check, you of course don’t get advanced features such as stereoscopic 3D output, user definable project locations, advanced project sharing, or access to the really cool custom jog/shuttle controller console that is unique to Lightworks. So you are stuck with a keyboard and mouse. 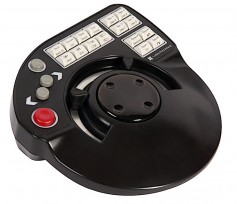 But, hey, you can’t beat the price.

That’s just one example of the different path that EditShare has decided to take with their Lightworks NLE.

“Lightworks is about supporting editors,” Sandford finished up. “We think that once you have experienced the strengths of our system, you will want to stick with it.”