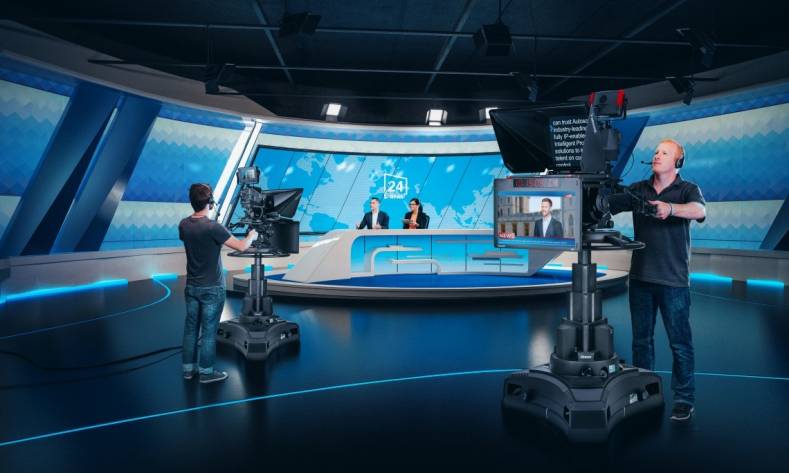 As more broadcasts move from inside the studio to remote locations, teleprompting receives new attention.

Teleprompting is a key area that lends itself well to REMI workflows. The good news is that advances in IP prompting technology have answered many of operators’ concerns about reliability and latency.

Remote Integration (also known as wireless at-home or REMI) is a powerful and relatively new approach to live production of sports and other large, multinational events. In principle, REMI leverages IP-based technology to reduce the number of crew members needed on location, allowing more people to run the show remotely from a broadcaster’s fixed facility.

The benefits are clear: by reducing the movement of people and equipment, broadcasters can lower operating expenses, shorten on-site setup times, and minimize the production’s environmental impact. Because such solutions can better leverage new IP technology, both production efficiency and output may increase. Let’s explore IP teleprompting in more detail, including the benefits when key elements are in place to ensure a failsafe IP-based prompting infrastructure.

So far, and yet so near

One of broadcasters’ biggest concerns is that IP-based remote prompting should deliver the same levels of immediacy and interaction to which the talent is accustomed. Consider a traditional prompting environment, where the operator is on premises and maybe even in the same room with the presenter, sitting just off camera. With this type of collaborative, one-on-one interaction, the operator is able to move the script exactly in sync with the presenter’s reading speed. If last-minute changes to the script are needed, the operator and talent can make them in real time. 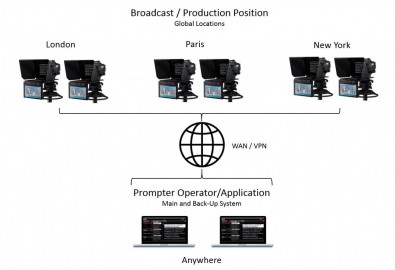 A REMI broadcast can provide full, studio-like, teleprompting functionality, but only if the system is properly designed to leverage the benefits of an IP-centric solution.

With an IP-enabled prompting solution, broadcasters can preserve this intimate relationship and put talent at ease, even if the prompting operator is sitting in a location hundreds of miles away. Of course, a stable and solid IP network is a must, but it’s also highly desirable to install a prompting solution with components that have been designed from the ground up around an end-to-end IP workflow. In this manner, the prompting system will be able to deliver the connectivity, flexibility, ease of use, and immediacy that’s critical for live broadcasting.

Latency must be minimized. If the talent is viewing the script a couple of seconds after it was actually rolled by the remote operator, the operator and the presenter can easily get out of sync. The operator must then compensate by offsetting the speed at which the script is rolling.

One approach to reducing prompting latency is to send small unicast data packets over the network, instead of the full video feed. With only small amounts of data traversing the network, every monitor can remain in constant communication with the master application to ensure reliable synchronisation and enable centralised management.

Rather than all monitors relying on a single video stream from a video generator – a single point of failure – each monitor on the network renders its own script video. This avoids the bandwidth, latency, and synchronisation issues that can arise with full video-over-IP solutions.

While a solid, well-tested infrastructure is critical for broadcasters to place their complete trust in a REMI prompting workflow, having a backup that can take over quickly in the event of a failure is equally important. IP-based networks lend themselves particularly well to prompting redundancy because they create connectivity without requiring point-to-point connections, and therefore deliver core resilience. 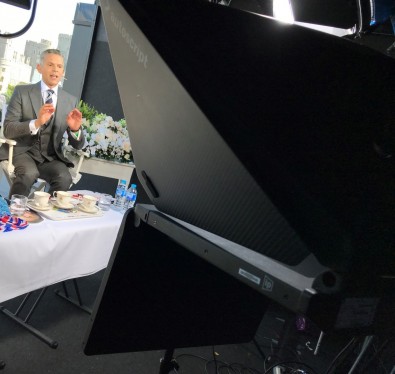 At the prompting application level, full redundancy is assured by pairing a mirrored PC with the main application. The mirror PC can seamlessly take over if the first PC/application fails — with automatic synchronisation of script position, individual users’ settings, controllers, newsroom connections, teleprompters, etc. This remote redundancy also safeguards against any local network issues at the broadcaster’s headquarters.

Because all elements of the prompting system are networked devices and therefore not physically connected to each other, controllers in any control room or studio can continue serving prompts from the backup machine, wherever it is in the world. The mirror PC can be standing by to serve as a remote backup if needed, at the ready for the operator to take control with a single click. Because the switch from the host PC to the backup is immediate, the on-air talent might notice nothing more than a fractional, millisecond pause in the scroll speed.

With all of the key elements of a REMI prompting workflow in place, broadcasters can immediately begin reaping one of the biggest benefits: the ability to locate prompters anywhere in the world with a network connection. No longer do they have to employ dedicated prompt operators who are confined to the specific locations where shows are produced and, as such, spend idle time waiting until they’re needed. Instead, operators from different locations can stay busy all day prompting different shows, depending on what makes sense for time zones and scheduling.

For instance, when a prompt operator finishes a breakfast show at 11:00 a.m., he or she can connect to other IP prompter devices and recall a script or news rundown on the network to prompt a show that is being produced in a completely different location and time zone.

The new breed of IP-optimized prompting systems, such as Autoscript’s Intelligent Prompting, makes this possible through intelligent pooling of prompting resources all across the network. From a management perspective, each prompter’s device can be configured with either a static IP address or set to DHCP. When added to the network, the devices send out a UDP broadcast that enables them to make their presence known automatically, even when they hop from one network to another, and clock in, ready for action, as soon as they’re booted up on the new network. At a glance, managers can view the status of each prompter’s device and whether it’s in use.

IP-based prompting workflows for remote broadcasting are definitely coming of age, and technology advances are rapidly removing any reservations broadcasters might have had before about immediacy, latency, and reliability. The wave of the prompting future is based on transfer of data packets rather than full video feeds. Even so, broadcasters that still rely on a video-based prompting workflow don’t have to be left out as they continue migrating to IP operations. A solution like Intelligent Prompting, for instance, supports customers who are still working with a video workflow by including both video and Ethernet inputs, enabling them to make a seamless transition. 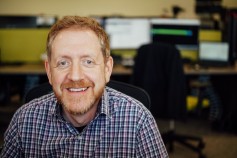