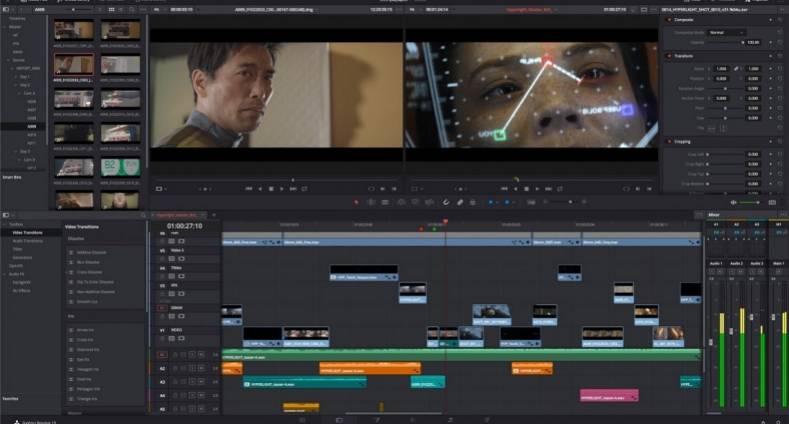 Blackmagic Design’s latest 15.2 software release of DaVinci Resolve and DaVinci Resolve Studio is one more demonstration of how this former color correction software is flexing its muscle as a mainstream post production finishing platform.

Editors will appreciate that the editing timeline in the new 15.2 software draws at a higher frame rate.

As Jason Druss, product specialist at Blackmagic Design, explained, “The animations for editing and trimming clips in the timeline have been overhauled and improved. When deleting gaps, ripple deleting clips, or trimming clips, you’ll notice that the timeline is a lot more responsive, and there is an animation as clips move to close gaps.”

When editing under time pressure in a workgroup, it can be pretty irritating to review a package and find out that some other editor has used the same clip that you wanted to insert as the hero shot. But the new 15.2 has a simple solution called “visual dup detection”

Now you can quickly see if that shot you've been saving has already been used by a collaborator. Click to enlarge.

“The biggest change is for markers,” he replied. “Now, when you create a marker, instead of slipping it to increase or decrease length, there’s a new timecode entry section where you can type in how long you want your marker to be.”

The announcement of new version 15.2 also said “compound clips can now be loaded into the source viewer and edited into the current timeline in their decomposed state”.

I wasn’t sure how to interpret the concept of “decompose” so I asked Druss for some elucidation.

“This requires the editor to right click and select ‘decompose in place’ in order to get the original clips out of the compound clip. Now, this extra step isn’t necessary, as you can bring in native source clips into the timeline while viewing and editing a compound clip in the source viewer.”

For those of us freelancers who need to pilot one brand of NLE in the morning but switch to a different one on the overnight shift, I was intrigued to read: “Keyboard customization has been completely redesigned in Resolve 15.2. The new visual interface lets editors quickly see which keys are in use and assign shortcuts. The included keyboard sets emulate other popular editing applications, making it easier for editors switching to DaVinci Resolve.”

It turns out this is all done with supplied keyboard maps.

Being a big fan of keyboard shortcuts, I also like the concept that you can now swap clips in the edit timeline using cmd/ctrl+shift and dragging.

Or, you can perform insert and swap edits by holding cmd/ctrl+shift while dragging clips from the media pool or source viewer. 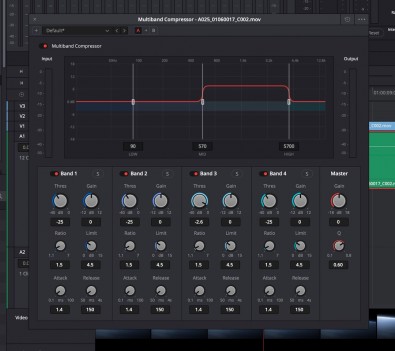 This is just one of the myriad audio capabilities of the new 15.2 software. Click to enlarge.

Finally, if you watched the video at the head of this article, you might have noticed mention of a “Metadata dictionary”. Druss described its usefulness.

“When creating a metadata tag in Resolve, there are large groups of tags that are pre-created based on the most popular categories and needs of post production professionals. If you wanted quicker access to custom metadata tags that aren’t included in the default collection, you can now make your own. If there are company-based metadata keywords that specifically allow you and your team to work faster, you can add these tags into the new Metadata.”

Blackmagic Design has spent a lot of time over the past year listening to its customers. New version 15.2 of DaVinci Resolve is evidence of the result.