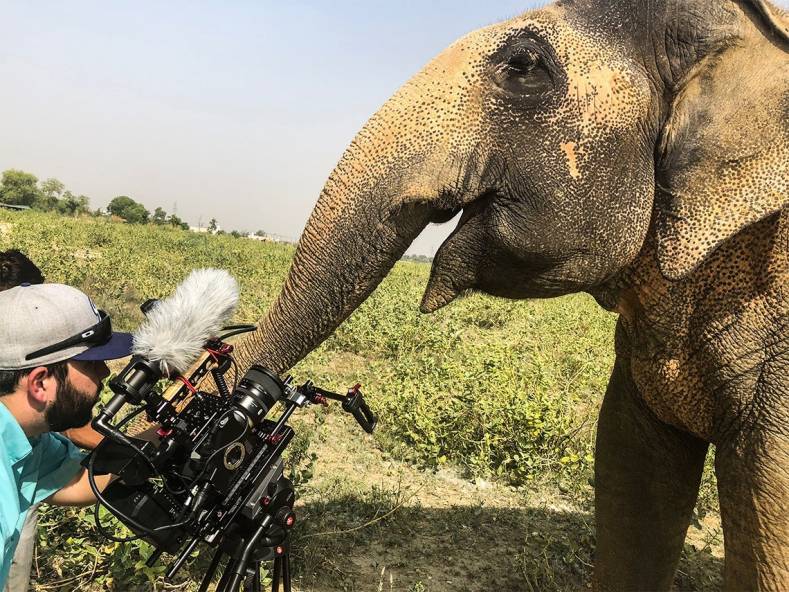 Shooting with Panasonic AU-EVA1 5.7K cinema cameras, Director of Photography Joe Callahan has completed principal photography on a feature-length documentary about wildlife rescue and rehabilitation in India. The documentary, aiming for premium festival berths, profiles the pioneering work of Wildlife SOS, a worldwide organization dedicated to protecting and conserving India’s natu-ral heritage, forest and wildlife wealth. Having purchased the EVA1s specifically for the wildlife project, Callahan has gone on to utilize the cameras for many high-profile commercial spots for GEICO, Alfa Romeo, Tide, Black & Decker, LensCrafters and Alaska Airlines, among others.

“When producer Erik Oberholtzer and I met with Nikki Sharp, who heads up Wildlife SOS’ U.S. office, and discussed the organization’s plans for upcoming animal rescues, we both felt this was a story that had to be told,” Callahan said.

The majority of location work on the documentary (working title, “Where the Wild Things Aren’t”) took place last June all across India—jungles, deserts and the teeming cities of Jodhpur, Delhi and Agra. “I needed exactly the right cameras for what I knew would be an incredibly taxing shoot,” the Callahan recounted. “What I look for in a camera is reliability, usability and image quality. The EVA1 is one of the top cameras I’ve ever evaluated in terms of color science and dynamic range, and I chose it over much more expensive options.

“The EVA1 proved itself to be insanely reliable,” DP continued. “India beat the hell out of the cameras: we shot 12 hours a day in 120 degree heat. There was constant ash in the air, to the extent that we couldn’t see any blue sky. At one point it was so hot that a metal plate on the build-out burned my face. We never had a camera failure of any kind.”

“In terms of usability, the form factor is so versatile. I can rig it up at will (for instance, on car rigs and gimbals in India) or break it down quickly and work handheld, as I did to sneak around and get shots while tracking tiger poachers.”

The DP said he shot in 4K, recording ProRes HQ externally to an Atomos Shogun Inferno, with internal back-up to the Panasonic EVA1’s SD cards. (ProRes HQ was chosen to avoid transcoding and make the footage direct-to-edit.) He chose Tamron lenses, 24-70 and 70-200 G2 zooms, as well as a set of primes.

The EVA1 is now the DP’s camera of choice for his extensive commercial work. He said he typically shoots in 4K, again outboard recording to a Shogun Inferno and backing-up on the EVA1’s SD cards. "The EVA1 is beautifully complemented by vintage lenses, and I’ve used a range of them—Leica Rs, Super-Takumar and older Zeiss models, for instance,” he noted. “The images consistently look great.”