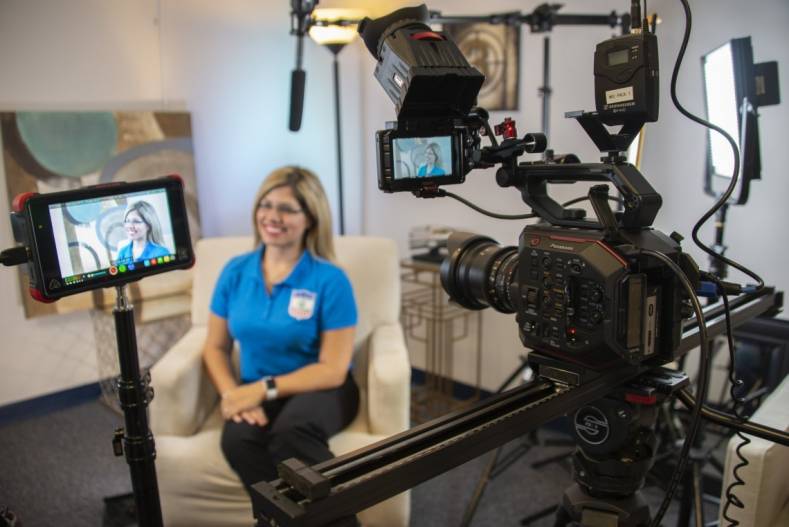 The City of Kissimmee is using two AU-EVA1 5.7K cinema cameras as part of its production arsenal.

The City of Kissimmee, located in central Florida, operates a 24-hour government TV channel, Access Osceola, which is supported by four AW-HN130 three-chip HD PTZ cameras and two AU-EVA1 5.7K handheld cinema cameras. The city has recently added Panasonic’s new AV-HLC100 Stream Studio for a wide range of video production activities that are viewed both live and on demand.

The Panasonic HLC100 is an all-in-one professional live streaming solution that includes an integrated PTZ camera controller, built-in audio mixer, titler, clips/stills player, multi-destination stream encoder, and much more in a single device. The system allows a single operator to control everything from PTZ camera shooting to streaming transmission.

Beyond the central assignment of providing live coverage of the City’s bi-monthly council meetings on Access Osceola and the City’s website, Kissimmee’s Communications & Public Affairs Office also produces a variety of civic and educational videos for broadcast and web consumption. In addition, Access Osceola delivers production support to City Departments, as well as County partners including, The Sheriff’s Office, Supervisor of Elections Office, and the water and power utilities. Assignments for these partners range from producing social media content and Public Service Announcements (PSAs) for local TV stations to live event coverage. 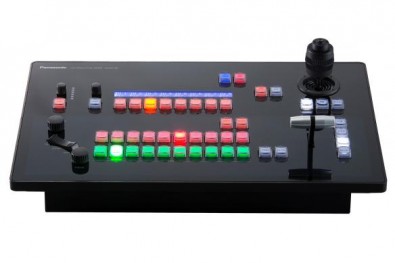 Christopher Rodriguez, Lead Video Producer in Kissimmee’s Public Affairs Office, has been using Panasonic PTZs to cover City meetings for more than 15 years. The cameras were outdated, and it was time to upgrade to HD, he said. The best part for Rodriguez was that the HLC100 is completely compatible with Panasonic’s current generation of HD PTZs, and is designed to control them as well.

“The HLC100 streamlines live broadcasts on our access channel and live streams on our website,“ he said. “We can stream and record simultaneously for easy archiving. Also, the HLC100 has a small footprint, which was a crucial consideration as we operate our control room out of Access Osceola’s office in City Hall.“

Rodriguez explained that the four HN130 PTZs are permanently installed in the Commission Chambers, also located in City Hall. The new HN130 also has built-in NetworkDevice Interface (NDI) support, which links the camera directly to an NDI network with automatic detection by the HLC100. The NDI connection established between the HLC100 and the PTZs facilitates full control of the remote cameras and requires no additional menu configuration.

Rodriguez said that the pair of EVA1 cameras are being utilized for both studio and field production. “Our partners are increasingly asking us to shoot in 4K. The Panasonic handheld is an ideal solution as we already had a full set of prime cine lenses, compatible with the new cameras.”

The Panasonic equipment has been up and running at Kissimmee City Hall since early summer, which represents live coverage of more than a half dozen major council meetings, election debates and daily production projects for the City and its partners.