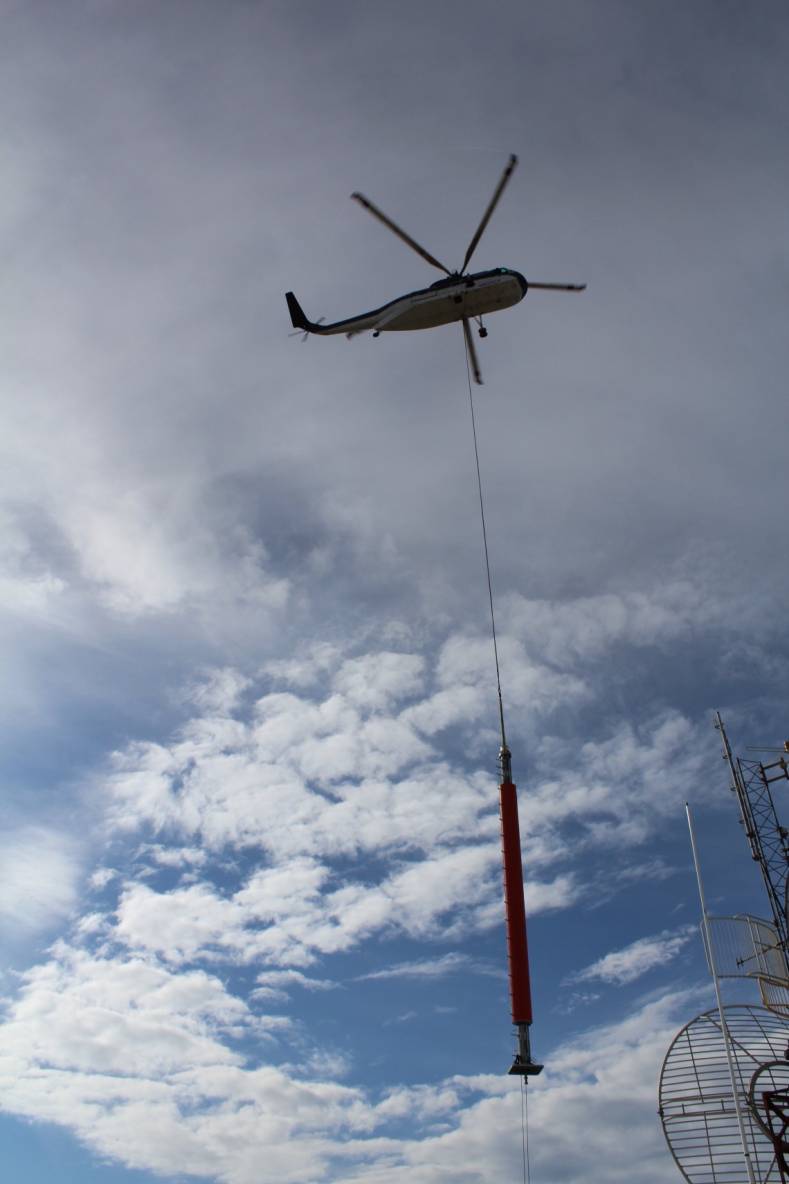 The relocation of KWHB-DT to a South Tulsa 60-story building with existing broadcast tenant KGEB-DT, successfully demonstrates the significance of planning and execution in repacking moves.

Dielectric supplied elliptically designed antennas for both stations for enhanced coverage and performance in ATSC 1.0, and in preparation for new multimedia opportunities including streaming and mobile television supported in ATSC 3.0.

Once live on Channel 16, KWHB will use a TFU GTH Series UHF broadband slot antenna, which offers an electrically center-fed design for superior frequency response across one or more channels. KGEB is broadcasting from its new VHF assignment with a THV Series high-band directional antenna. The complete systems for each station also included Dielectric tunable waveguide filters and HELIAX flexible transmission line from CommScope.

John McKay, sales and project manager at GTI America, notes that the company specializes in “tall tower broadcast work” between 1000 and 2000 feet for TV, FM and AM antenna systems, making this a unique project that called for a unique approach. GTI America partnered with CHI Aviation to execute the helicopter lifts under their direction and worked closely with the FAA to approve flight plans and schedules. 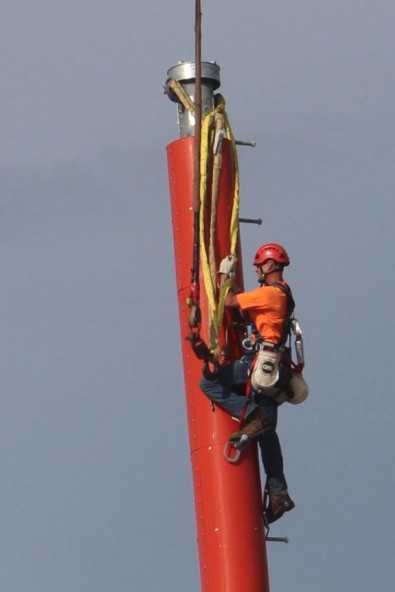 A tower rigger separates the yoke and hook.

“On initial review, there was really no way to get a 40 to 50-foot-long antenna that weighs several thousand pounds through an elevator and onto the roof of a building,” said McKay. “We quickly concluded that a helicopter was the cleanest and fastest solution for removal and installation. Working with the CHI Aviation team, we first lifted the new steel mounts to the roof by elevator. Each mount weighed about 5000 pounds due to new building, wind load and design codes. The new antennas were put into place a few days later, taking only 45 minutes to finish."

“DTVPros and GTI America turned what could have been a highly disruptive situation into an expertly managed project,” said Bill Lee, director of engineering, KGEB-DT. “They kept everything on schedule and within budget, without any compromises to the technology or quality of installation.”

Lee was in constant communication with Wes Hylton, director of engineering for new KWHB, to ensure both broadcasters were aware of all developments as the project progressed.

McKay adds that he worked closely with Dielectric for antenna design specifics to ensure a quick and clean installation. “Everything from the location of the lifting lugs to arrangement of the antenna bays were important,” McKay said. “We were tasked with bringing in large, long antennas horizontally on a transport truck, and then rigging it perfectly with the helicopter to avoid any damage. Dielectric worked closely with us on all physical dimensions, and detailed the lifting points for our team to make the right connections, and ensure a safe and effective lift.”

“The overarching goal was to cause minimal disruption for both TV stations and the local business and residential communities,” said Heard. “The strategic business planning and technical contributions from CHI Aviation, Dielectric, GTI America and Hodge Engineering were invaluable to the execution of this challenging project.”

The team expertly brought together all services and equipment in time for each station’s repack deadline. KGEB, a Phase 0 repack station, cut over to its new VHF Channel 12 assignment on September 4. KWHB, a Phase 2 repack station, will begin broadcasting on UHF Channel 16 in April 2019.