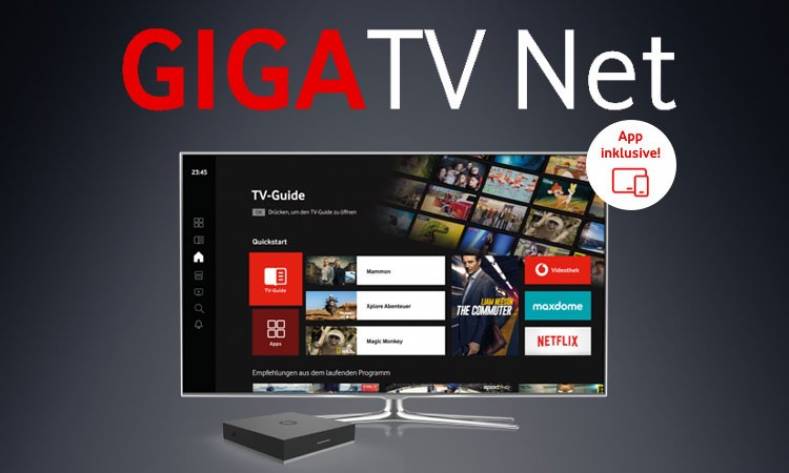 Vodafone Germany has demonstrated commitment to IPTV by launching an offshoot of its premium Giga TV Net package for fixed broadband customers to access over their DSL connections.

Giga TV was already available via Vodafone’s cable platform but until now DSL broadband customers could only access it on an OTT basis via an app. Now Vodafone Giga TV can be added to all Internet and Phone DSL packages at a reduced surcharge of € 9.99 per month for the first year, rising to €14.99 after that, including the Giga TV NetBox STB for the duration of the contract.

The manufacturer of the box was not disclosed but was quite likely France’s Sagemcom, which has contracts with Vodafone for STBs in other countries including Spain. The service is probably hosted on the Infinite Video Platform (IVP) developed by Cisco, which this year has sold most of its video technology business to Permira Funds and been rebranded as Synamedia.

Vodafone’s move follows the conversion by rival Deutsche Telekom of its Entertain IPTV service into an OTT package rebranded as MagentaTV. This makes it available beyond the telco’s own broadband network for the first time via an app for either Android or Apple iOS devices. By contrast Vodafone has maintained faith in IPTV as an option alongside OTT and in Germany cable through its 2013 acquisition of Kabel Deutschland.