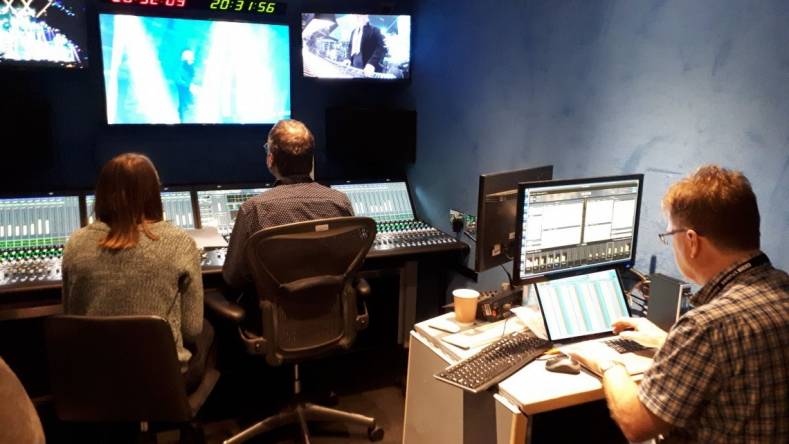 The Lawo mc²56 mixing console is a compact model with Ravenna audio networking connectivity and the ability to support its own stage boxes. It is available in five different frame sizes to meet the needs of smaller outside broadcast vehicles, with as few as 16 faders or up to 80 faders for more complex applications.

Larger studio and theatre demands are met by the mc²56XT models, which provide from 48 to 144 faders in a high-density dual-fader layout. For the Floating Earth truck, a 46-fader console was deemed optimum.

The Nova73 Compact router provides 5120 x 5120 crosspoints, and carries up to ten I/O slots that can be equipped with MADI, ATM or Ravenna interface cards. In addition, the same slots can be assigned to two AES3 cards for up to 64 AES channels.

The first assignment for the newly upgraded truck was a live opera recording of Stravinsky’s “The Rakes Progress” with the London Philharmonic Orchestra. This was followed by the BBC’s “Children in Need Rocks” live recording with Sound Supervisor Toby Alington as lead sound mixer, which will be part of a subsequent live television show broadcast.