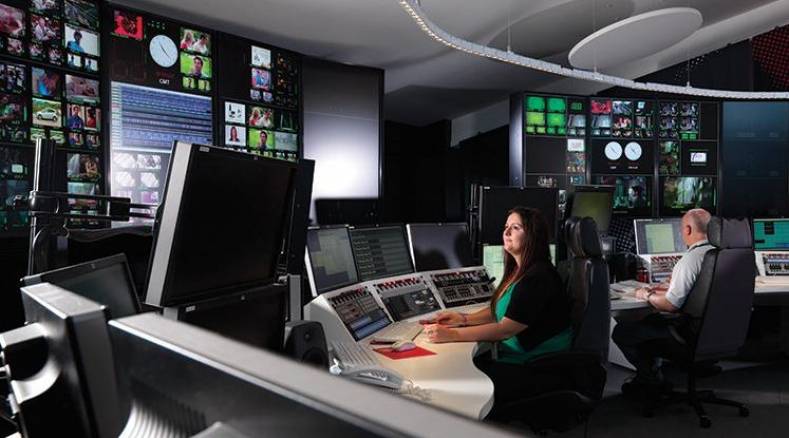 The playout business received another jolt today when facilities provider Arqiva announced that it intends to move out of the sector over time. The company, which has been a major player in playout for the past 18 years, also plans to redirect its Occasional Use (OU) division away from conventional uplinks and satellite distribution.

Arqiva is a major UK broadcast and communications group that encompasses terrestrial transmission for radio and television, OTT and satellite distribution, broadcast production facilities, outdoor mobile capacity provision and smart meters. Its Satellite & Media division includes the European Playout Centre, opened in 212, and full satellite uplinking services, with a dish farm and a fleet of vehicles.

The playout operation was originally part of Inmedia Communications, which grew out of previous companies formed to commercially exploit the distribution and studio services departments of the Services Sound and Vision Corporation (SSVC), parent group of the British Forces Broadcasting Service (BFBS).

Originally owned by the Carlyle equity group, Inmedia was bought by Arqiva in 2005 and became part of the new owner's Satellite Media Solutions division. It has built up its playout operation since then; since opening the European Playout Centre it installed a Signiant file-based system in 2013 and created a pop-up service three years later. In 2017 Arqiva published a white paper on virtualistion in the broadcast industry, which reflected the shift away from large, hardware-based facilities.

In a statement Arqiva said its strategy was now to focus on its core business. Because of this it had conducted "a thorough review" of the products offered by Satellite & Media. "It remains business as usual for the near future as we are committed to delivering the services that are contracted to our existing customers," the company stated. "However, over time it is our intention not to renew existing contracts and we will gradually seek to exit playout and reposition our OU business, moving away from the uplink and distribution of events via satellite."

Arqiva intends to continue working on live events as a managed service provider, focusing on services that "ensure content acquisition, contribution and distribution (including OTT and VOD)". It also sees growth in its satellite data communications business. The statement concluded: "Our key customers are aware of our intentions. “No roles have been placed at immediate risk of redundancy as a consequence of these changes."

The announcement by Arqiva comes six months after Discovery decided to close its west London playout centre and move distribution of all non-live programming to its cloud-based facility in the US.