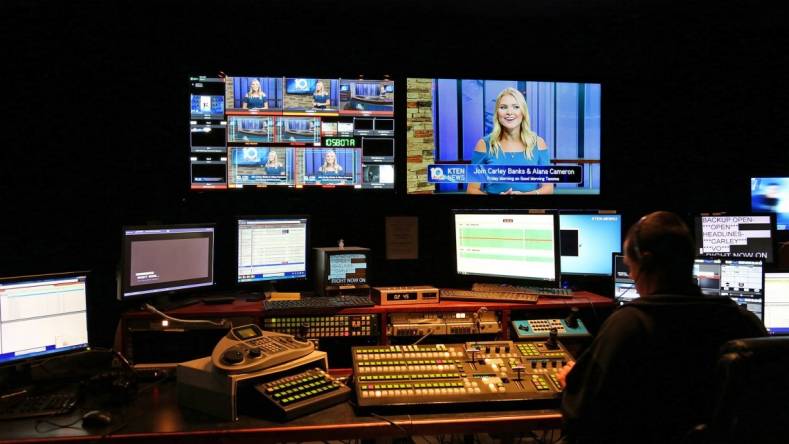 KTEN, a NBC/ABC affiliate upgraded its control room with a Broadcast Pix BPswitch as part of an effort to ready the station for upcoming election coverage.

Owned by Lockwood Broadcast Group, KTEN’s studio is based in Denison, Texas, and produces more than seven hours of local news each weekday across its three channels. News broadcasts begin with morning news starting at 4:30 a.m. and conclude with a 10 p.m. newscast. The studio includes three robotic cameras and a stationary “grid cam,” which is used for bumps and other transitions.

Steven Martinez, assistant chief engineer, said one of the big benefits of the new Broadcast Pix switcher is its integrated NewBlueNTX multi-layer 3D graphics. Both he and Mark Farrell, news director for KTEN Media, are also excited about the new BPfusion software, which integrates with NewBlueNTX to streamline the creation of data-intensive CG graphics.

BPfusion also allows KTEN to import Adobe After Effects projects directly into NewBlueNTX. Previously, the graphics department had to render some graphics as Targa sequences, which added a cumbersome step to the production process. Now, the graphics are simply dropped into the BPswitch Watch-Folders media management system without re-rendering, then transferred to the switcher’s integrated clip store. Martinez said BPfusion has also “really streamlined our scoreboard gathering” for KTEN’s Friday night high school football show.