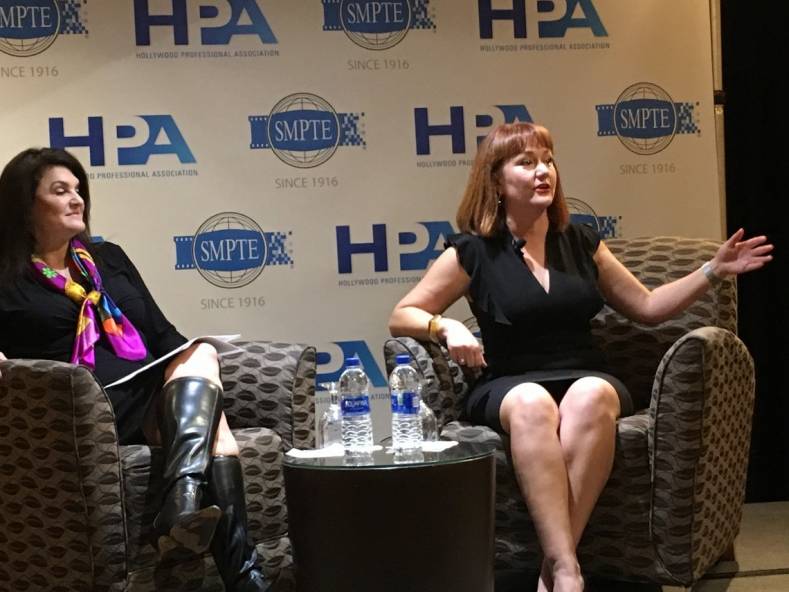 Rachel Payne has proved that success is the best equalizer.

Rachel Payne’s “Women in Technology” luncheon keynote encouraged young women to reach beyond their grasp because there are other women who have been there before.

Despite the extra $50 ticket required to get in, the Women in Technology Luncheon during the Monday Symposium preceding the SMPTE 2018 Annual Technical Conference & Exhibition sold out early.

Keynote speaker Rachel Payne riveted the audience with an account of her career at the helm of an enviable number of successful start-ups, having served as the senior program officer on the founding team of Google.org and spearheading their early strategy and charitable operations among many other successful ventures. She is now co-founder and CEO of Prizma, an AI platform that specializes in analytics and predictive viewing algorithms.

Prizma was acquired by Nielsen Gracenote in May 2018.

But the real impact of Payne’s presentation was her advice for other women trying to climb the career ladder.

“When I started out in my ‘20s, it was a very ethnic and gender diverse time,” she began. “I was very fortunate in having some significant mentors throughout my career.”

In her first board meeting when she saw Meg Whitman as CEO of EBay, she said “Wow! I want to do that!”.

So one of her first recommendations to her colleagues is to let their younger co-workers know that success can happen.

Then, wanting to rise above start-ups, Payne went to business school and there she found a different environment.

But after the turmoil of 2008, as Wall Street survivors fled to the tech world, they brought their regimented, hierarchical and ego-driven with them.

Soon, where women had represented 34% of the tech world, they began to be crowded out.

“We used to be able to raise 5-7% of venture capital,” Payne recalled. “Now it’s less than 3%. That means that 97% of investment money is going to less than half the population.” 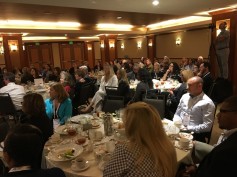 Despite the extra ticket required, the Women in Technology" luncheon sold out.

When EBay was acquired by a prominent billionaire, at their first board meeting he asked “why is there a woman here?” and kicked her out.

Payne went on to even higher success on her own, and told the SMPTE 2018 luncheon audience that it taught her women have to be open to the fact there really is discrimination in the boardroom.

So what to do about it?

“Mentor younger women” Payne recommended. “Set up networks of other entrepreneurs where women can meet people and exchange ideas. Above all, believe that it can be done.”

One of the most powerful thoughts Payne shared was, “When women show interest in STEM (Science Technology Engineering and Mathematics) topics, don’t just tell them how something works. Tell them what it can do. That’s what will really get them excited.”

After the luncheon, I asked Payne if she could give the readers of the SMPTE newsletter and The Broadcast Bridge a sense of the essence of her presentation.

“There are simple things women can do, like diversifying your own network so you are doing significantly more outreach,” she said. “Peer groups can provide real strength and support in challenging times.”