Key microphone issues such as specifications, concealment for film and television productions and interference tubes will be discussed during three sessions at AES New York 2018 involving Danish manufacturer DPA. Speakers include academics and working sound engineers with in-depth knowledge of the subjects.

The series of DPA sessions begins on Wednesday 17 October with a Master Class: Microphones - Can You Hear the Specs? This looks at the main specifications to take into consideration, where to find them and how to interpret the data. This session will be presented by DPA's microphone consultant Eddy Bøgh Brixen, who will demonstrate how the figures on spec sheets correlate with the perceived sound. This takes place from 10.45 to 12.15 EST. 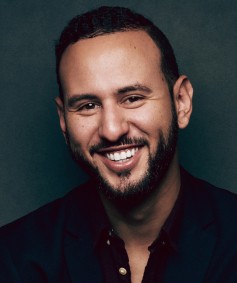 As part of AES New York a series of Live Production Sound Stage Sessions is being held on the exhibition floor. For one of these sound engineer Jose Frias, who is a member of DPA's Masters Club of well known sound practitioners, will discuss hiding microphones for TV and film shoots. In Concealed Miking, Frias will talk about choosing the right mic - with his thoughts on DPA's d:screet range of lavaliers and the new d:screet CORE sub-miniature 6000 series - as well as considering wardrobe and costumes, mounting systems and the proper way of working with the talent while fitting a wireless system. This session takes place on Thursday 18 October from 13.00 to 13.45 EST.

On a more academic level, DPA will present the paper Stepped Acoustic Transmission Line Model of Interference Tubes for Microphones on Friday 19 October from 09.00 to 12.00 EST. Francesco Bigoni of Aalborg University and Finn T Agerkvist from the Technical University of Denmark will join Eddy Bøgh Brixen to discuss the paper, which builds on previous examinations of standing-wave model of interference tubes for microphones. In the original paper three acoustic parameters were identified: tube length, tube radius and constant acoustic conductance per unit length. The extension by Bigoni, Agerkvist and Brixen allows for a varying conductance per unit length along the side wall.